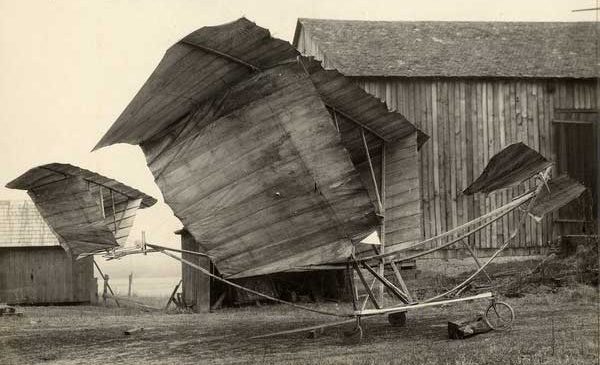 Built in 1908 by Canton native William H. Martin the Martin Glider was one of the first mono-wing designs in aviation. Its first flight was on January 12, 1909, during which it flew at a height of roughly 20 feet, with an air speed of 20 miles per hour. Because Martin’s wife Almina weighed less than he, she was the glider’s first pilot. The glider eventually made more than 100 successful flights. Power was provided by everything from “Billy” the horse to a donated Ford automobile.

Continue Reading About The Martin Glider