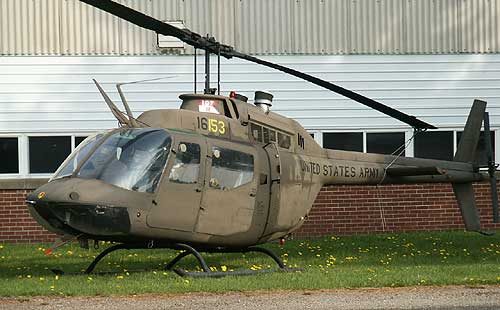 Aircraft Background Awarded the contract in March 1968, the Bell manufactured light observation helicopter Similar to the civilian Bell 206A, the OH-58 features an increased diameter main rotor, and upgraded electrical system. Used in a forward observation / reconnaissance role, the OH-58 will frequently be paired with one of the Army’s attach aircraft in “hunter/killer” […]

Aircraft Background First flown in 1965 after only 6 months of development, the Cobra is a combat development of the UH -1 Iroquois family. It combines the dynamic parts – engine, transmission, rotor system – of the original Huey with a new streamlined fuselage providing for a gunner in the front and pilot above and […]