In March of 1998, she was registered as N91173. The Navion is hangered at the MAPS Air Museum, where she is maintained by owner/Crew Chief Bruce Balough. 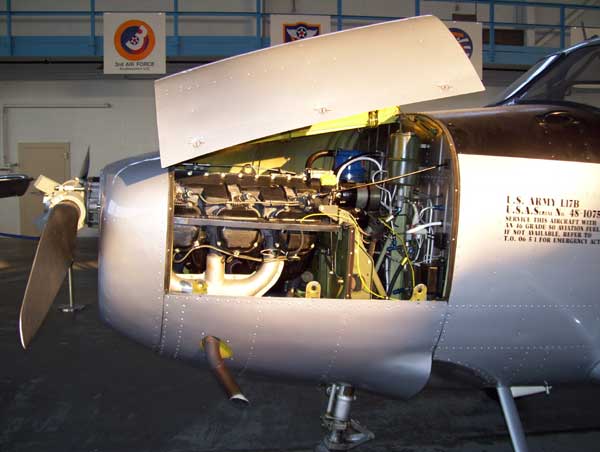 Museum display notes: markings/painting are of the Washington National Guard 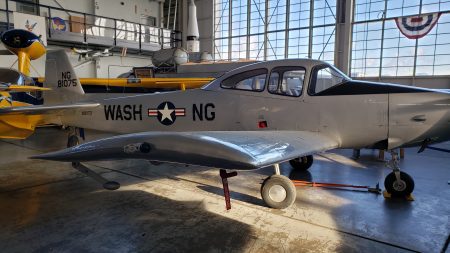 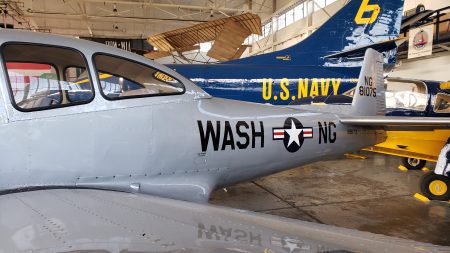