The Pioneer Era of Aviation was the period of aviation history between the first successful powered flight, generally accepted to have been made by the Wright Brothers on 17 December 1903, and the outbreak of the First World War in August 1914.

Once the principles of powered controlled flight had been established there was a period in which many different aircraft configurations were experimented with. By 1914 the tractor configuration biplane had become the most popular form of aircraft design, and would remain so until the end of the 1920s. The development of the internal combustion engine—primarily from their use in early automobiles even before the start of the 20th century—which enabled successful heavier-than-air flight also produced rapid advances in lighter-than-air flight, particularly in Germany where the Zeppelin company rapidly became the world leader in the field of airship construction.

During this period aviation passed from being seen as the preserve of eccentric enthusiasts to being an established technology, with the establishment of specialist aeronautical engineering research establishments and university courses and the creation of major industrial aircraft manufacturing businesses, and aviation became a subject of enormous popular interest.[1] 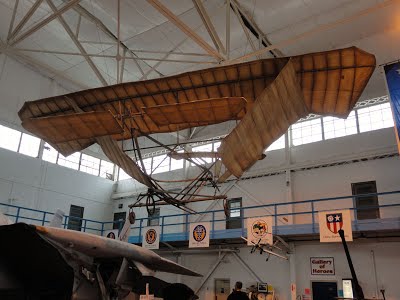