The term Link Trainer, also known as the “Blue box” and “Pilot Trainer” is commonly used to refer to a series of flight simulators produced between the early 1930s and early 1950s by Link Aviation Devices, founded and headed by Ed Link, based on technology he pioneered in 1929 at his family’s business in Binghamton, New York. During World War II, they were used as a key pilot training aid by almost every combatant nation. 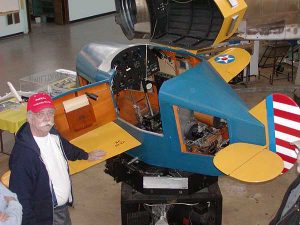 The original Link Trainer was created in 1929 out of the need for a safe way to teach new pilots how to fly by instruments. Ed Link used his knowledge of pumps, valves and bellows gained at his father’s Link Piano and Organ Company to create a flight simulator that responded to the pilot’s controls and gave an accurate reading on the included instruments. 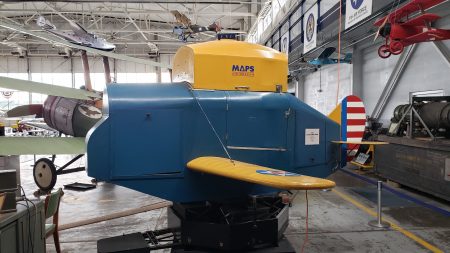 More than 500,000 US pilots were trained on Link simulators, as were pilots of nations as diverse as Australia, Canada, Germany, New Zealand, United Kingdom, Israel, Japan, Pakistan, and the USSR. Following WWII, Air Marshall Robert Leckie (wartime RAF Chief of Staff) said “The Luftwaffe met its Waterloo on all the training fields of the free world where there was a battery of Link Trainers”.

The Link Flight Trainer has been designated as a Historic Mechanical Engineering Landmark by the American Society of Mechanical Engineers. The Link Company, now the Link Simulation & Training division of L3Harris Technologies, continues to make aerospace simulators.[1]

MAPS own Link Trainer was for the Aeronca C-3, which was a light plane (sometimes referred to as a powered glider) built by the Aeronautical Corporation of America in the United States during the 1930s. 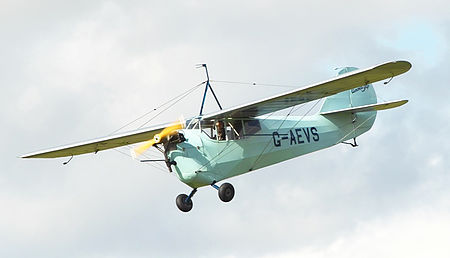 The TA-4J OFT built by Goodyear Aerospace Corporation, is a 3-degree of freedom moving base simulator. Each unit or deck consists of a set of 4 cockpits (MAPS has 1 of the respective cockpits on display as shown in the figure below) and instructor consoles all operated by a pair of Xerox Sigma 5-digital computers and common hydraulic power supply system. 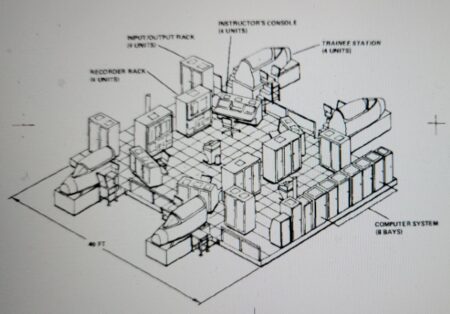 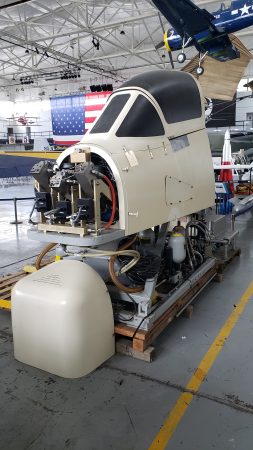 Each cockpit interior is identical to the forward cockpit of the TA-4J airplane with respect to internal measurements, cockpits instruments and controls. Each instructor console consists of instruments and controls for monitoring and modifying flight conditions to simulate various emergencies and malfunctions. The motion base provides limited motion in pitch (+/- 15*), roll (+/- 15*) and heave (+/- 6 in.) and is capable of simulating buffet and turbulence.

The simulation of TA-4J flight characteristics provided by the OFT are considered quantitatively and qualitatively representative for pilot training in normal instrument, aerobatic and emergency procedures tasks. [2]

Come to MAPS Air Museum to see these Simulator Trainers up close!

[1] Information on the Link Trainer is from Wikipedia.

[2] Information for Device 2F90A/TA-4J from the document: TA-4J Spin Training Through Simulation by Ramachandran & Galloway/1982