Military Component Collection page now up on the website 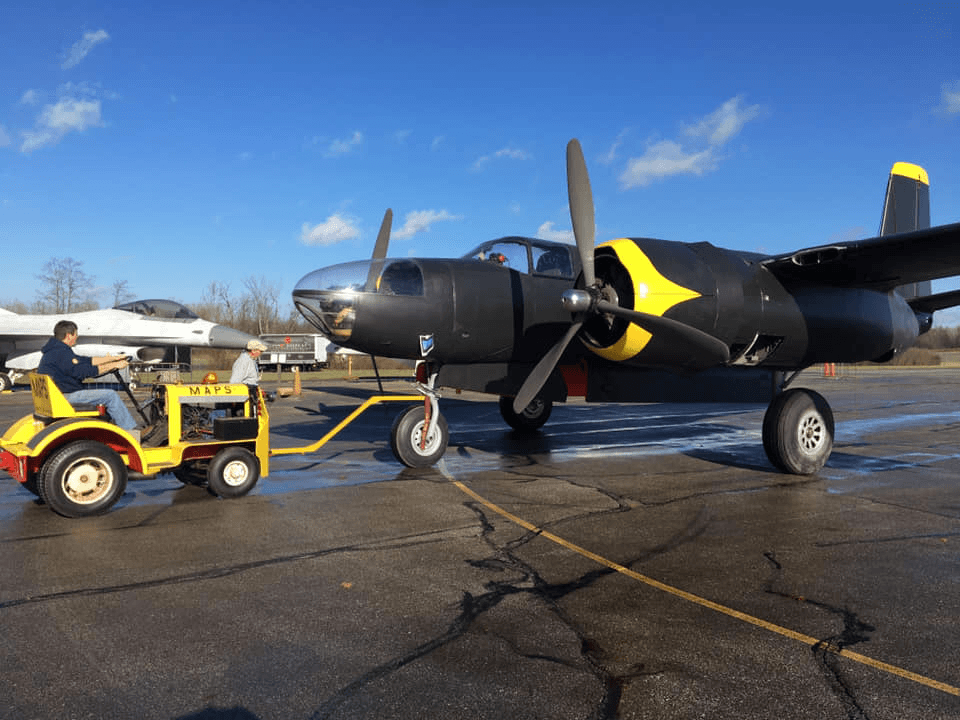 The newly finished A-26 Invader being towed out recently at MAPS Air Museum!

The newly finished Douglas A-26 Invader being towed out recently at MAPS Air Museum! 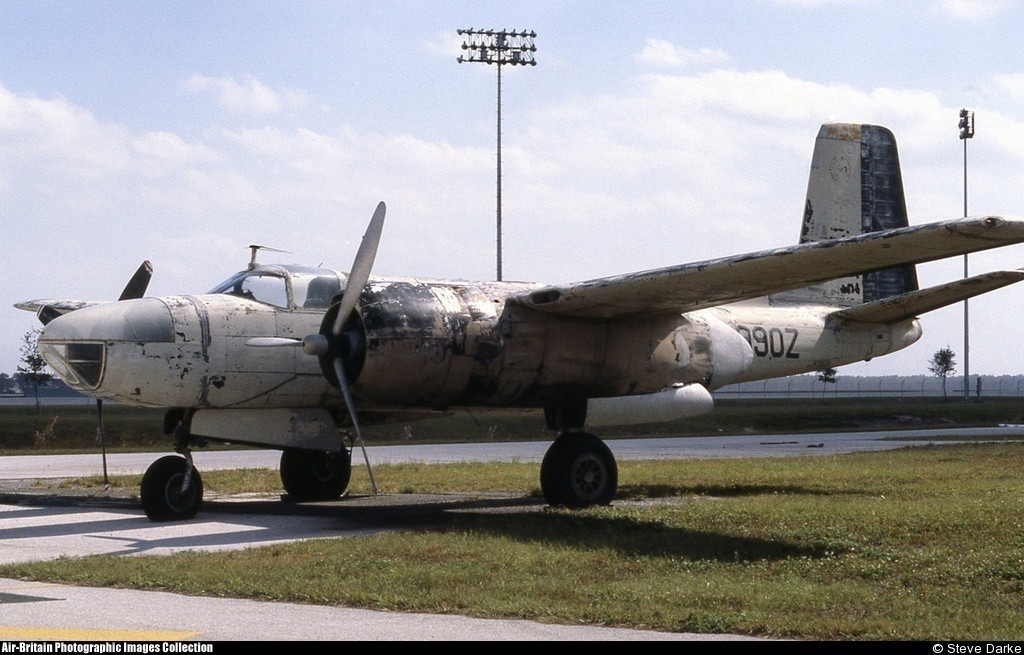 MAPS received this A-26 in January of 2012.  Over the next 7 years, volunteers put in excess of 10,000 worker-hours into refurbishing the Invader to its former glory. Congratulations to Crew Chief Ken Ramsay and his crew for a job well done.  Over 46 people have worked on the A-26 over the years. 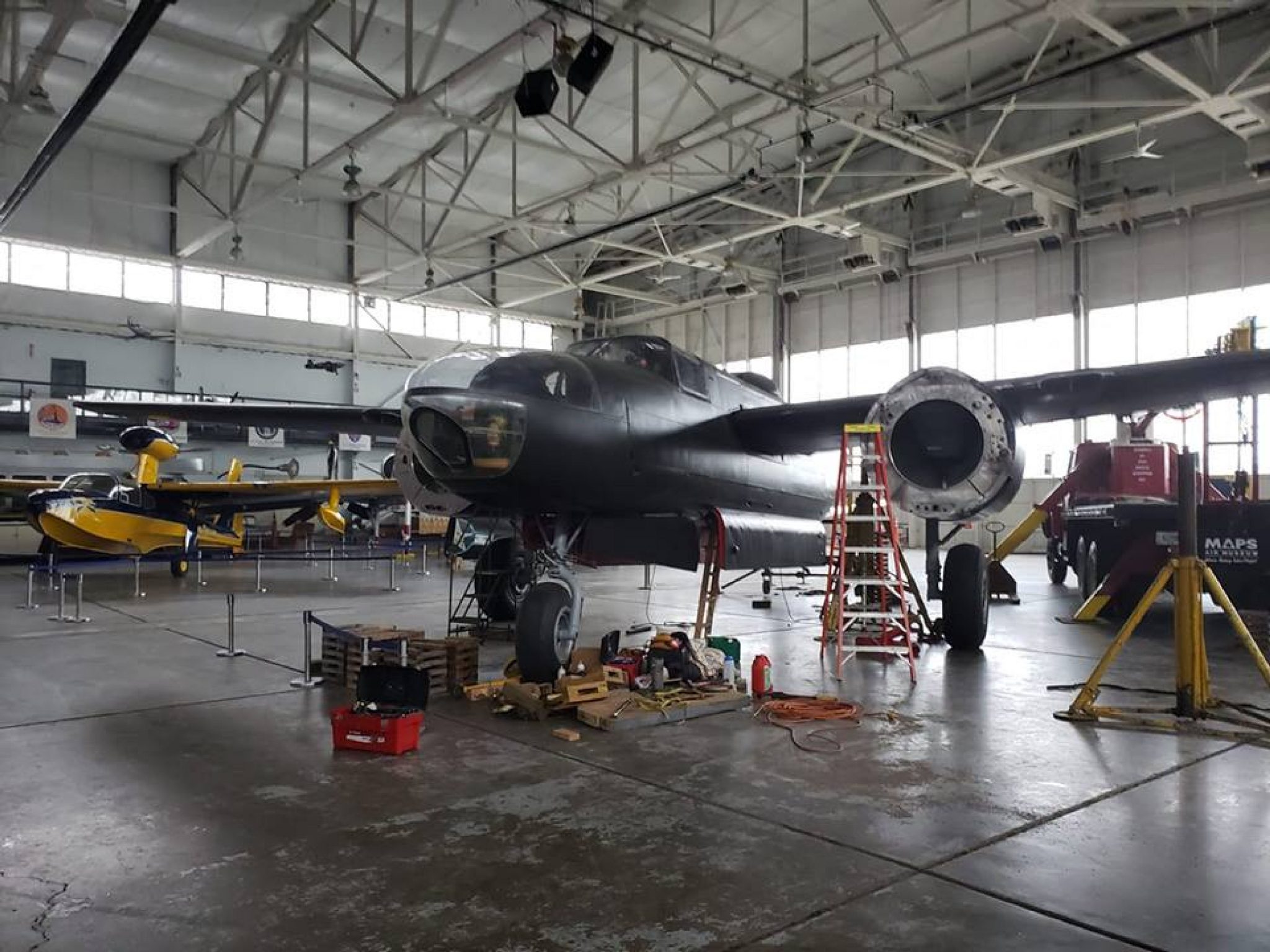 The A-26 on 11/18/18, almost finished having its wheels, wings, tail and engines reattached in the main hangar.