Beechcraft SNB-5 Expeditor (S/N 43-33316; MSN 5470; Bureau #67103) ~ Derived from the Beechcraft Model 18, our Expeditor was built at the Beechcraft Aircraft facility in Wichita, Kansas and delivered to the US Army Air Force as a Beech AT-7 on October 26, 1943.  Including the Expeditor, all variants were sometimes called by the nickname “Twin Beech”. The Army stationed the aircraft at the US Army Air Force Navigation School in San Marcos, Texas.

The SNB-5 was flown to MAPS Air Museum in September 1990 on a loan from the Military Aircraft Restoration Corporation (MARC) of Chino, California where Crew Chief Chet Starn maintains her. 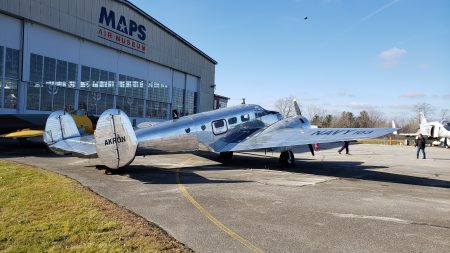 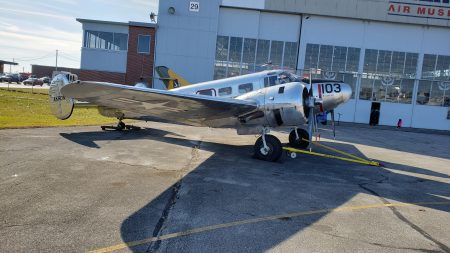 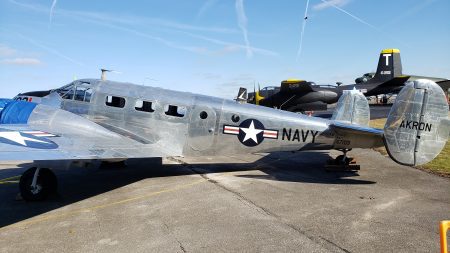 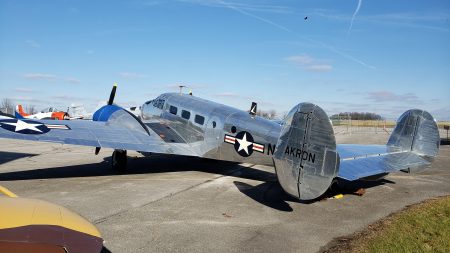 Museum display notes: shown with US Navy markings from the early 1950’s (with a “Akron” tweak)