In the fall of 2021, the aircraft was due for updated renovations and it was decided to modify the T-37B to a Cessna A-37 Dragonfly.

A-37 information: During the Vietnam War, the United States Air Force wanted a replacement for the Skyraider that was taking many losses during COIN-type operations.  Due to the war escalating, the Air Force pushed for the need of this aircraft. Utilizing the T-37 as a base model, the Dragonfly was born.

Museum display notes:  On display as an A-37 Dragonfly. Also marked in honor of one of our MAPS Member/restoration volunteer, Capt. Ken Ramsay.  The Dragonfly markings are of her time with the 757th Tactical Fighter Squadron from 1973-1981 as part of the 910th Tactical Fighter Group at Youngstown Air Reserve Station (YI).

Designed to replace: Douglas A-1 Skyraider

Replaced by: Fairchild Republic A-10 Thunderbolt 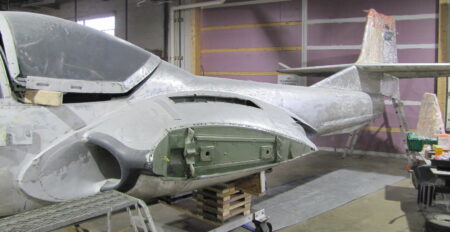 Most of the paint has been removed from the T-37 in preparation of a complete do-over. 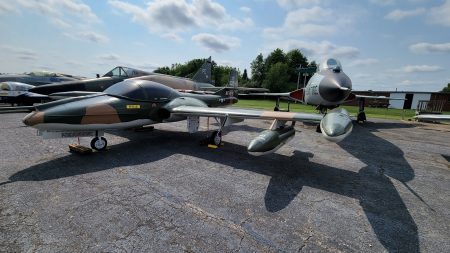 The finished A-37 with her new colors.