General Dynamics F-16A “Fighting Falcon” Block 10D (S/N 8-0513; MSN 61-234) ~ Manufactured in the General Dynamics (now Lockheed Martin) facility in Fort Worth, Texas, our Fighting Falcon was delivered to the US Air Force on September 10, 1981, ending up starting with the 8th Tactical Fighter Wing, Taegu Air Base of the Republic of Korea in October of 1981. Here are her travels:

MAPS Air Museum received our Falcon from AMARC for preservation on April 14, 2015 on a generous indefinite loan from the National Museum of the US Air Force, Wright-Patterson Air Force Base, Ohio. Her renovations are complete, on display and maintained by Crew Chief Clay Tober.

Museum display notes: Although our aircraft on display is an F-16A, she is marked/painted as an F16D, S/N 89-2082, as assigned to the 112th Fighter Squadron, 180th Fighter Wing, Air National Guard, Ohio.  This is in Honor of native Ohioan, Lt. Col. Kevin H. Sonnenberg, “Sonny”. 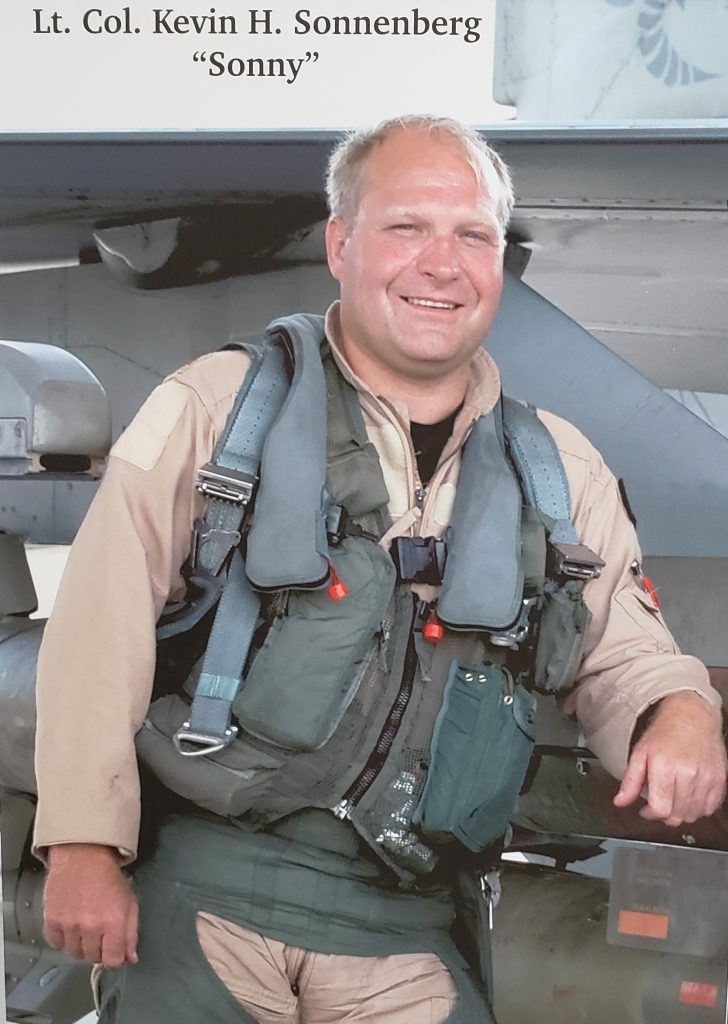 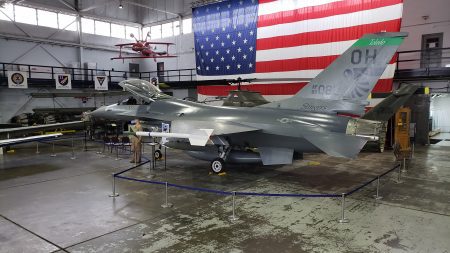 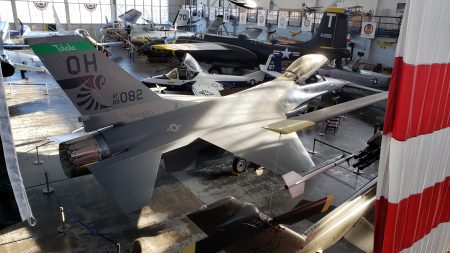 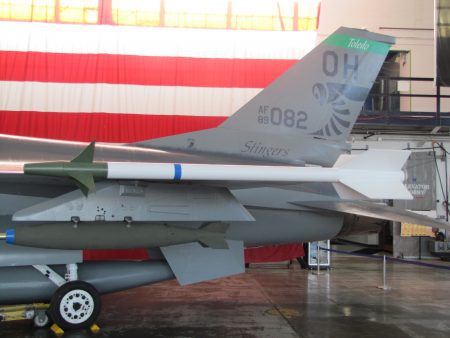 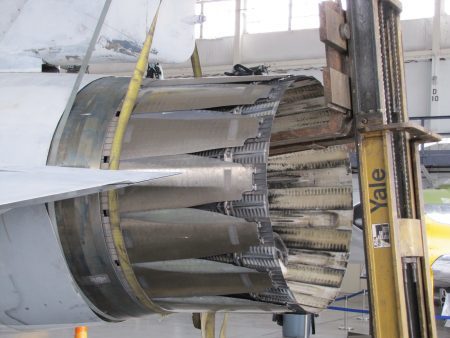