Goodyear FG-1D “Corsair” (Bureau #76671; MSN #2533) ~ Our Corsair, built by the Goodyear Aircraft Corporation via licence approval, was a Vought-Sikorsky Model V-166B F4U-1D design. She was manufactured right here in Akron, Ohio and accepted by the US Navy on January 7, 1945 and delivered on January 27, 1945 to Port Columbus airport, Ohio (today, John Glenn Columbus International Airport; CMH). Nicknames also included, “Sweetheart of Okinawa” and “bent wing bird” or by the Japanese, “Whistling Death”.

After spending over 60 years in the Goodyear Tire & Rubber Company Museum as a display, the museum closed (August 28, 2009) for good and the cockpit was donated to the MAPS Air Museum.  The cockpit was on display at MAPS for the next 9 years before the decision was made to build the full aircraft around the cockpit. Still underway, below you can see the different actions our volunteers are performing on the FG-1D. She is being overseen by Crew Chief Don Neidert during restoration. 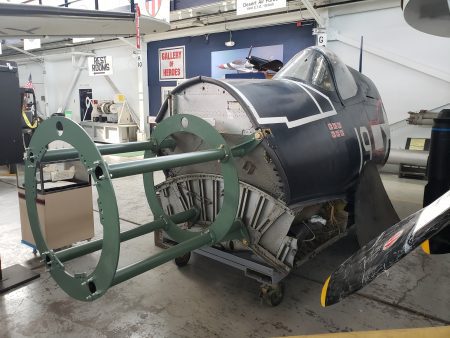 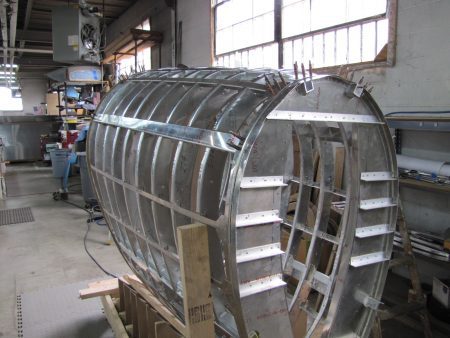 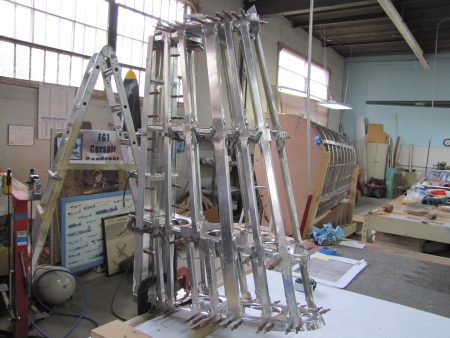 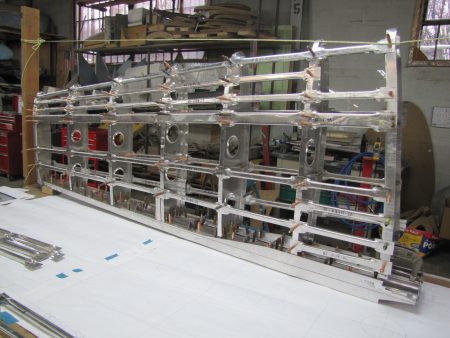 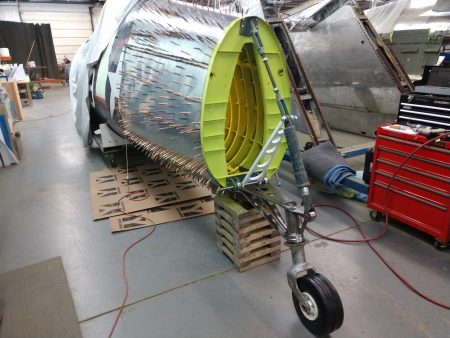 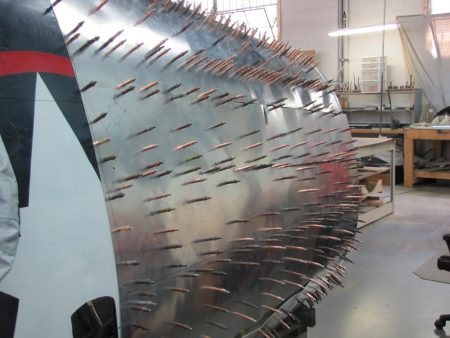