Grumman S2F-1 Model G-89 “Tracker” (Bureau #136464; MSN 373) ~ Sometimes nicknamed the “Stoof”, our Tracker was manufactured by the Grumman Corporation in Bethpage, New York in March of 1956. She was accepted by the US Navy on March 29, 1956 and given her first assignment at the Sea Control Squadron (VS) 36, Naval Station, Norfolk, Virginia. Hopping around many bases, as seen below:

Arriving at the MAPS Air Museum on May 2007 on an indefinite loan from a private owner, she is maintained by Crew Chief Kim Kovesci. 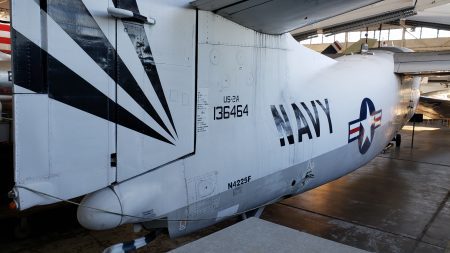 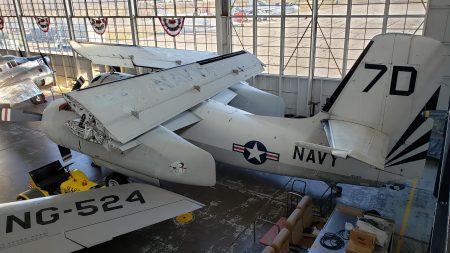 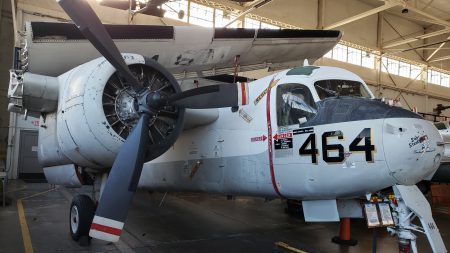 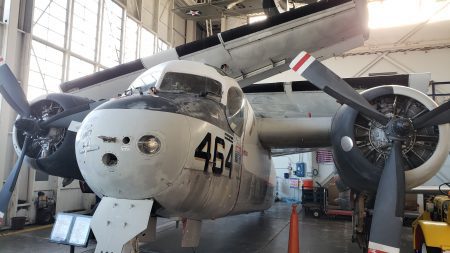 Museum display notes: display with the 7D tail code (NAS Dallas, Texas) and with the markings of its US-2A days as a light transport/target tug