Lockheed T-33A-1-LO “Shooting Star” (S/N 53-5250; MSN #580-8591) ~ This Shooting Star was built by the Lockheed Corporation in Burbank, California in September of 1954 before being accepted by the US Air Force on September 28, 1954. The first station was with the Headquarters Squadron, 10th Air Force, Continental Air Command at Selfridge Air Force Base, Michigan. The T-33A hoped around a few bases, including:

After spending its time with the Experimental Aircraft Association (EAA) Air Museum, Oshkosh Wisconsin, where it remained until being indefinitely loaned to the MAPS Air Museum in October of 2011 by the National Museum of the US Air Force. 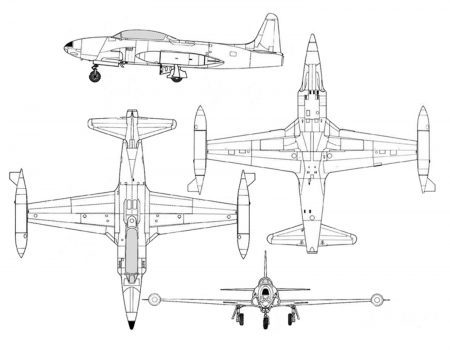 Museum display notes: Our aircraft is currently painted and marked to depict a T-33 Shooting Star that served with the US Air Force Thunderbird’s as the narrator’s aircraft and was used as the VIP/Press ride aircraft in the 1950-60’s. 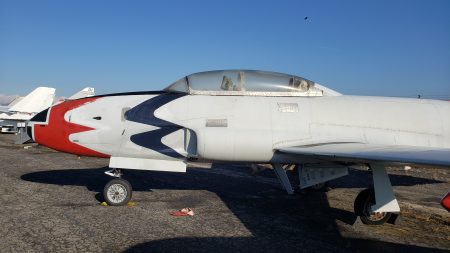 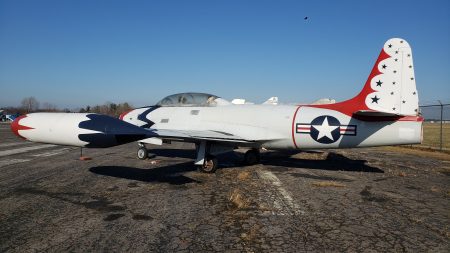