MAPS Air Museum undertakes its biggest challenge in its short life by obtaining the B-26 from MARC on indefinite loan in August 1994. Over 14000+ hours have went into her restoration. She is currently maintained and occasionally tweaked by Crew Chief Dave Pawski.

In 1994, this was the starting point for our volunteers. 14,000+ volunteer worker hours went into bringing this Marauder back to life.

Museum display note: Our B-26 has the “Susie-Q” name in honor of Pilot Jim Muri who attacked the carrier Akagi during the Battle of Midway. After dropping the torpedo, the Akagi turned into his flight path. He had no choice but to fly up the flight deck. A painting was later made of Jim’s specifications

Replaced by: North American B-25 “Mitchell” 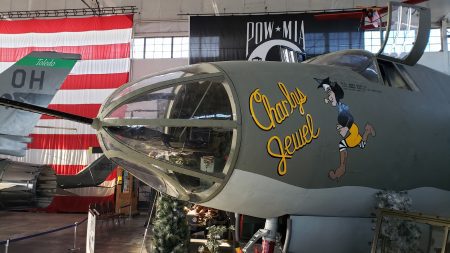 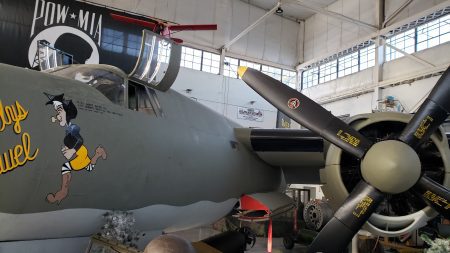 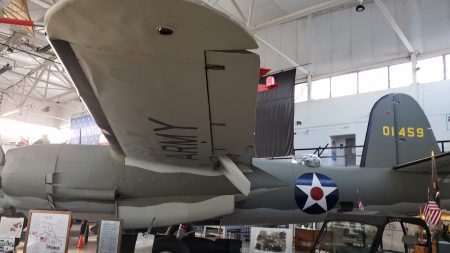 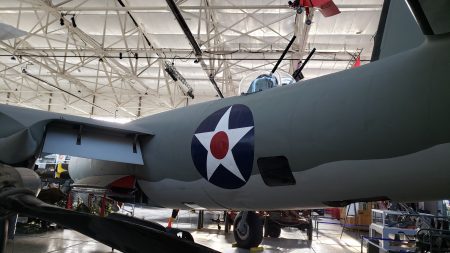 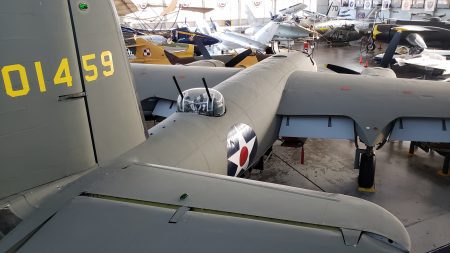 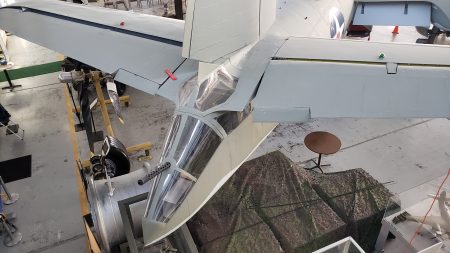