This Super Sabre was built at the North American Aviation facility in Inglewood, California and delivered to the US Air Force on June 19, 1957.  She was first assigned to the 312th Fighter-Bomber Wing, Tactical Air Command (TAC) at Cannon Air Force Base (AFB), New Mexico and then immediately deployed to Seymour-Johnson AFB, North Carolina. Here is the history of her travels, including the Vietnam War:

In November of 2004, she was recovered from Florida and transferred to the MAPS Air Museum for restoration. After over 5500+ volunteer hours and 7 years of time, the Super Sabre’s primary restoration was complete in June of 2012.  Crew Chief Ken Ramsay and his crew have been maintaining the Vietnam War era aircraft.

Museum display notes: Our “Hun” is being repainted a 2nd time to re-energize the camouflage markings, however, there will be no change to its current markings from when it was assigned to the 35th Tactical Fighter Wing (PACAF) at Phan Rang AB, Vietnam in 1969.

Designed to replace: Unsolicited upgrade to the F-86 “Sabre” 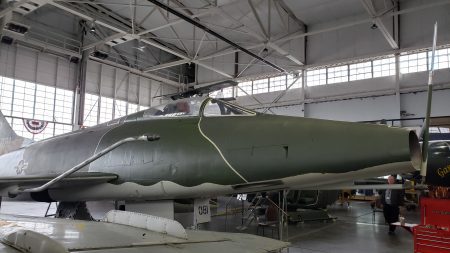 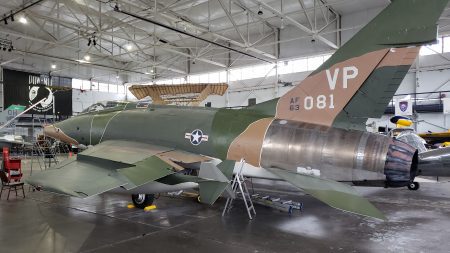 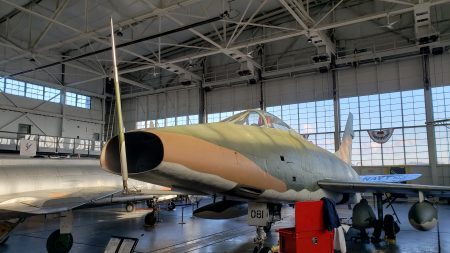 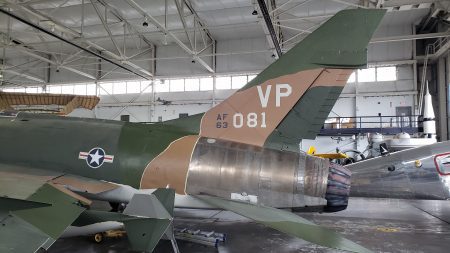