North American F-86A-5-NA (S/N 48-263; MSN #43610) ~ The Sabre, sometimes called the Sabrejet, was America’s first swept-wing fighter. She was needed during the Korean War to counter the similarly-winged Soviet MiG-15. The US Navy and US Marine versions were the FJ-2/-3 “Fury”.

This Sabre was built at the North American Aviation plant in Inglewood, California and delivered to the US Air Force on August 9, 1949. The F-86 had her first assignment with the 4th Fighter-Interceptor Wing, (Continental Air Command), Langley Air Force Base (AFB), Virginia.  Here are her other travels, including the Korean War:

Museum display notes: to be determined 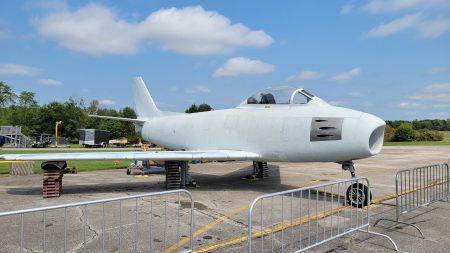 After over 8 years in the restoration building, she is awaiting final assembly, painting/markings in late summer 2022. 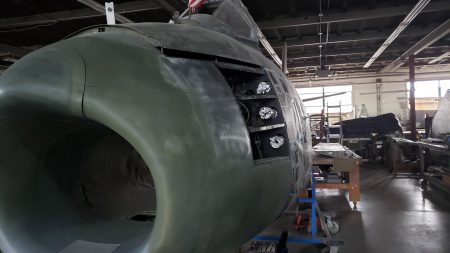 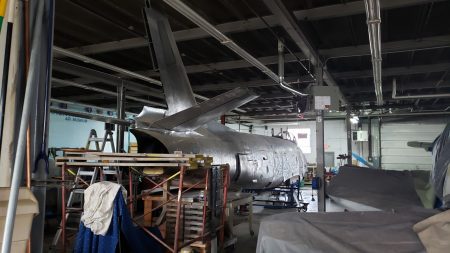 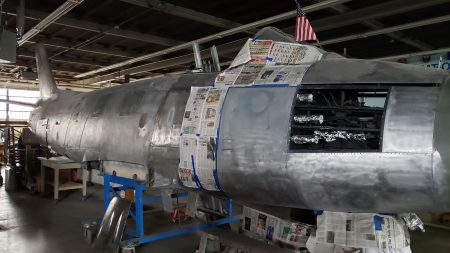