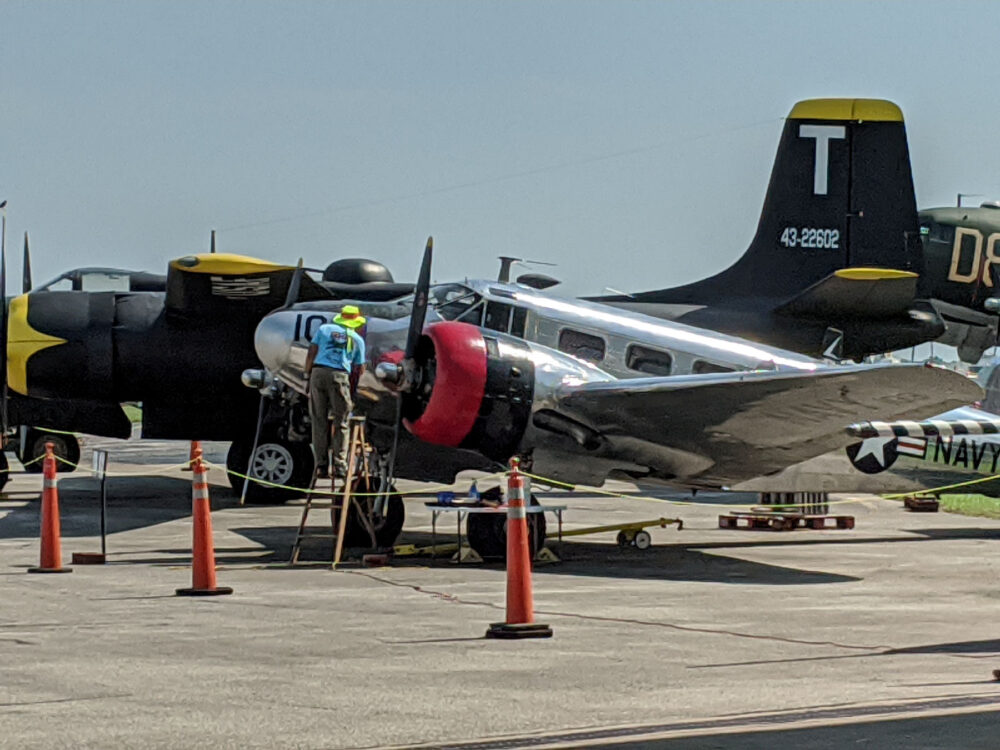 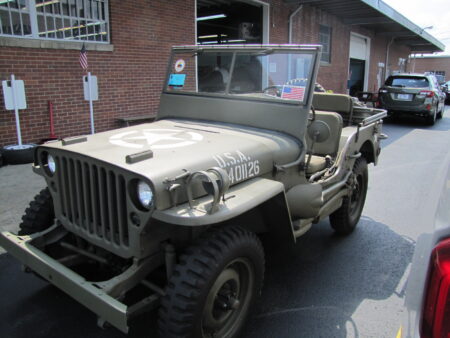 Dennis bought himself a new car. 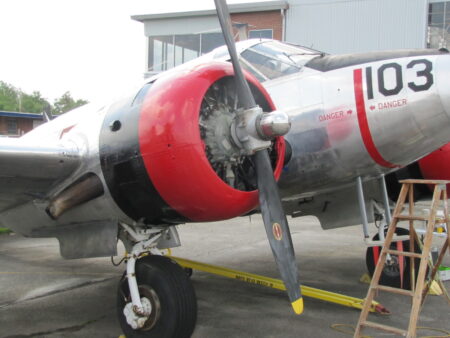 The refurbished right engine cowl for the Beech has been installed. Adds a little pizzazz to the plane. 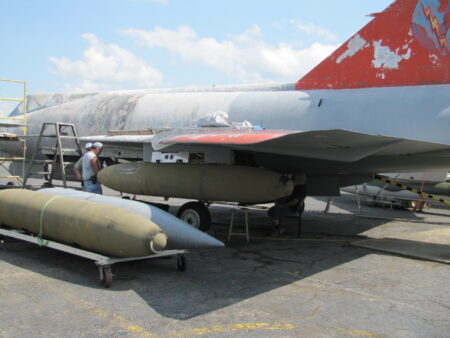 The F-102 is coming along. The final coat of epoxy has been applied to the left side. Final sanding and primer is next. Proper wing tanks are being installed. Dan will make the tank fins. 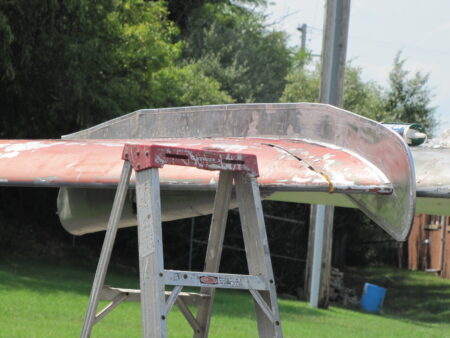 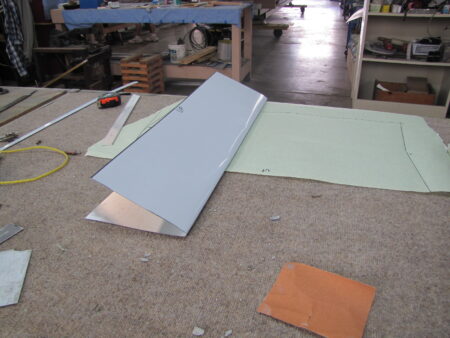 Paul and I started to install the leading edge skin on the right side of the F-105 horizontal stabilizer. 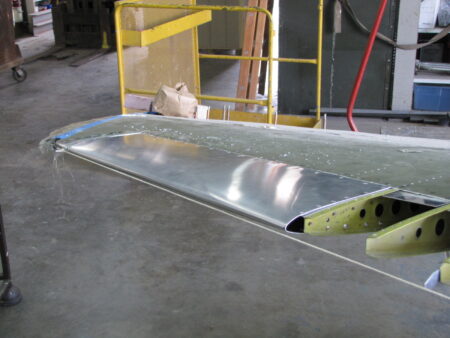 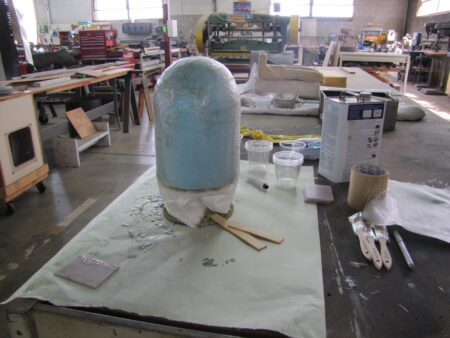 A new spinner for the T-28 is being made to replace the current one which is a plastic bucket. 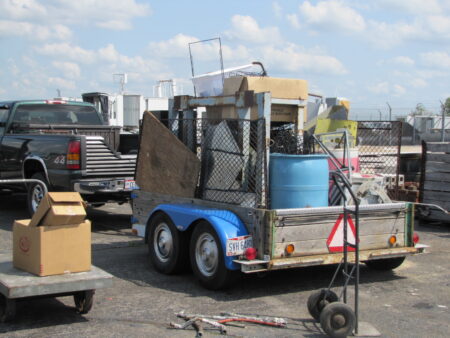 The flight line continues to get cleaned up. Larry is doing a yeoman’s job of gathering material for recycling ($$). 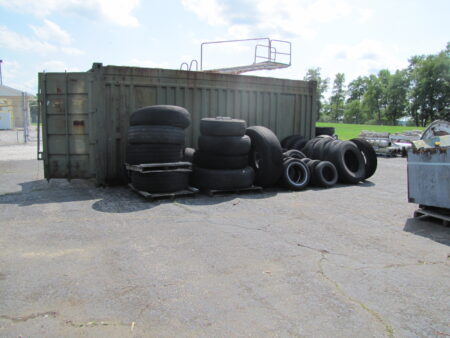 The tires have been gathered in one place ready for sorting. 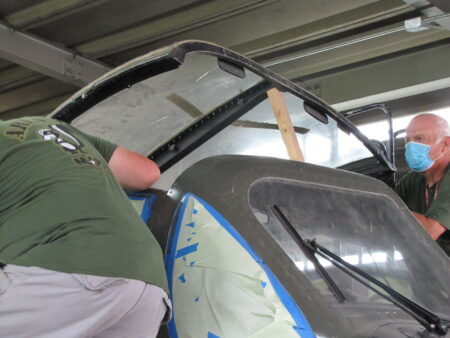 The OV-1’s canopy cover is being reinstalled in preparation for moving the plane out of the restoration building for further assembly. 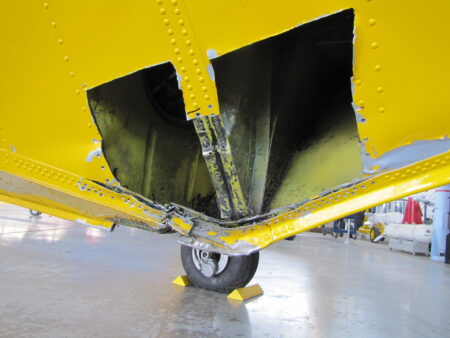 Ken O. is fixing the damage to the Drake’s lower fuselage. Quite a task. 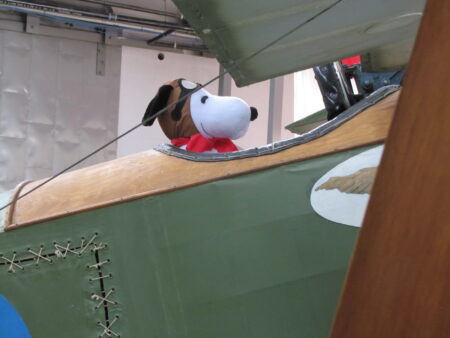 The wind storm that damaged the Drake also knocked Snoopy from his dog house so he is now residing in his Sopwith. 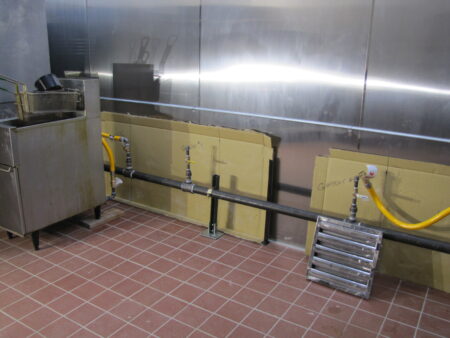 And a few pictures of the hanger. Gas lines are being installed in the kitchen. 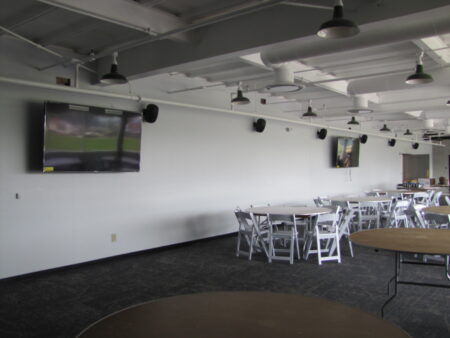 The TV monitors have been hung in the banquet hall…. 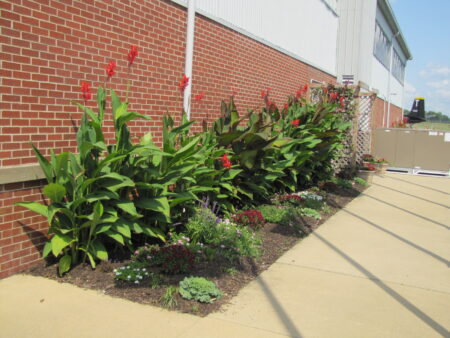 ….and the plants along the hanger wall look great.

Thanks to Ken and Ted I have some more accessories for the radio displays. Thank you.
These will help make up the portable radio display for Vietnam that will go behind the
GZ-22 back door showcase.
Next project is to mount a board on the wall. This will have the TV / Monitor mounted
for the Code Talker and Morse Code videos.  If room the Semaphore flag display.
Plans are in the making for the Ashland airport Long Wave transmitter. It was built in
1942 I think. It would send out a coded signal to beacon the aircraft to the airport.
Donations like this help to keep the radio history alive by displaying them.  Soon I hope
my lady member will be back. She did a very good poster describing the Code Talker radio
that was donated to me. Also the switchboard.  These make a display come alive.
It was good to see tours walking around with tour guides. Members working on planes. One is
Chet, who was doing work on the nose of the SNB-5 (photo above).
Wasn’t taking the picture of the young couple walking down the crack that run NNW and SSE.
Interesting. It welcomes you at the main door from the Gift Shop.  Something I have been
watching for years. When working in the Sheriden Cave. I had a test pit to find the floor of
the cave. 7 feet down I found the bedrock. It had a crack through it. I was able to break off
an edge of it. It was filled with a reddish orange liquide. What was on the piece was a good size
dog tooth crystal. We had to leave to get home on the long 3 hour drive. That week there were
heavy rains up there. Getting back to the cave the flood water washed the pit in. That was the end
since I found what was the floor of the cave. Just wanted to pass it on.
Many years of picture and video taking with the earlier stuff lost.
MAPS Air Museum radio section became my next big chapter in my life. 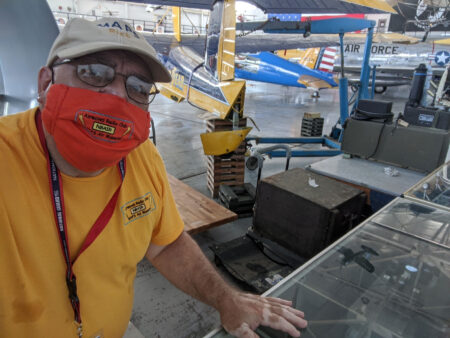 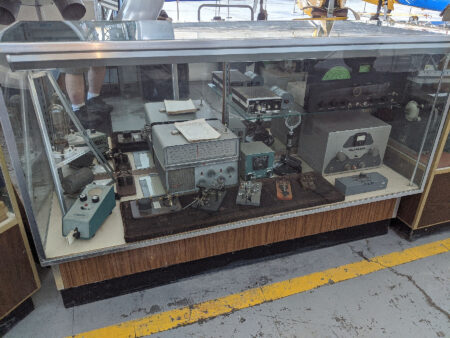 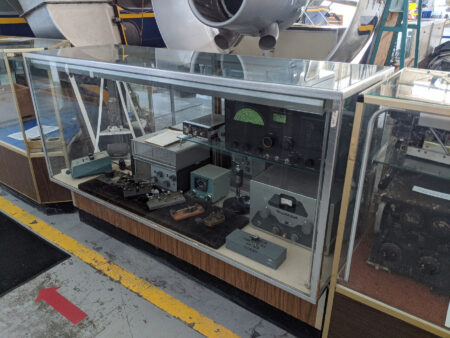 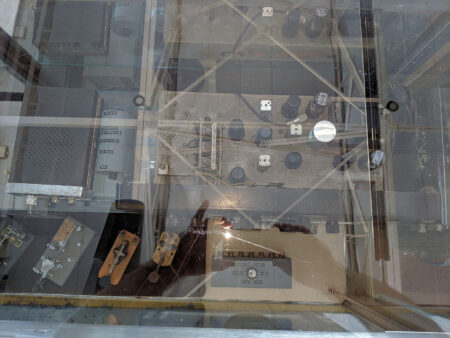 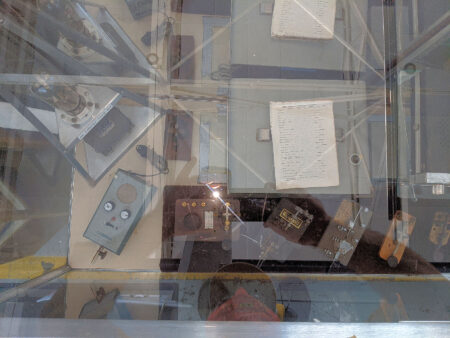 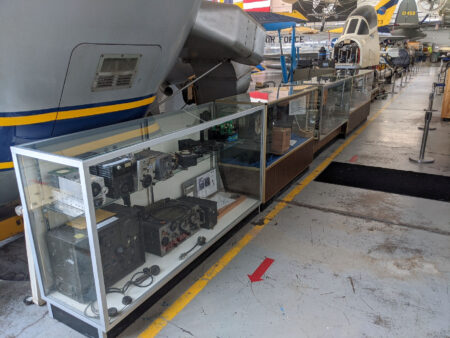 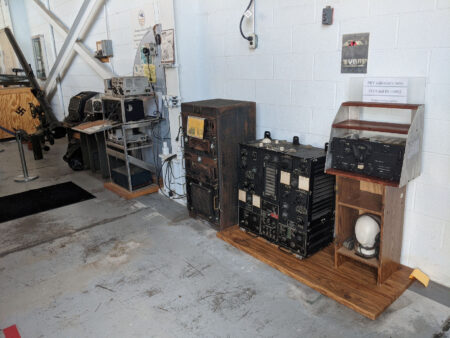 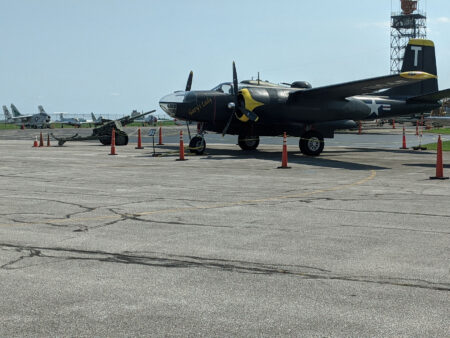 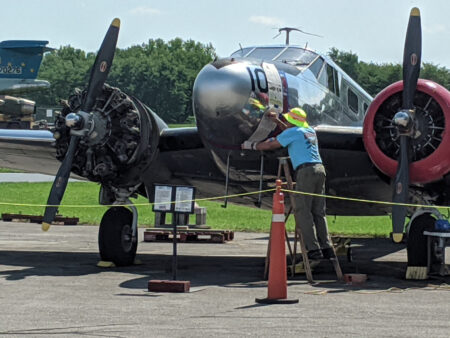 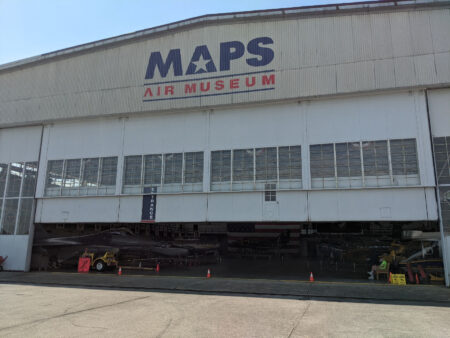