Republic F-105B-20-RE “Thunderchief” (S/N 57-5820; MSN B57) ~ The Thunderchief  (or Thud by many crews) at MAPS started its life at the Republic Aviation Corporation in Farmington, New York in November 1959.  She was delivered to the US Air Force on November 14, 1959, where F-105 was attached to the 4th Tactical Fighter Wing (TFW), Tactical Air Command (TAC) at Seymour-Johnson Air Force Base in North Carolina with deployments to Brookley AFB in Alabama and Eglin AFB in Nevada. Below you see the many additional bases that she served in:

She was finally recovered and moved to MAPS Air Museum in October of 2011.  Currently on display and being overseen by Crew Chief George Shearwood. The F-105B is graciously on indefinite loan from the National Museum of the US Air Force, Wright-Patterson AFB, Ohio. 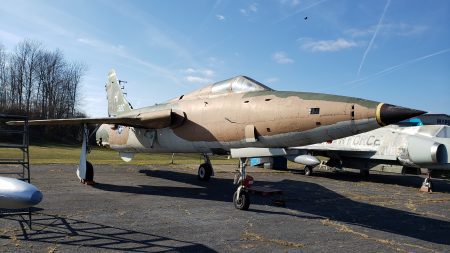 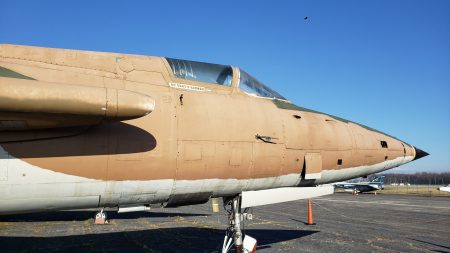 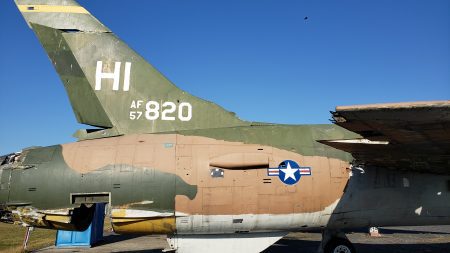 Museum display note: she still has the original paintings and marks from her last assignment, 466th Fighter Squadron at Hill AFB, Utah in 1977.

More modifications/renovations are currently underway, as seen below: 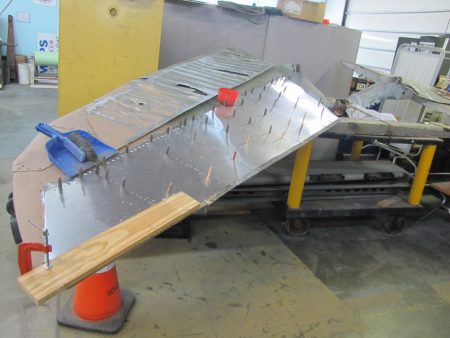 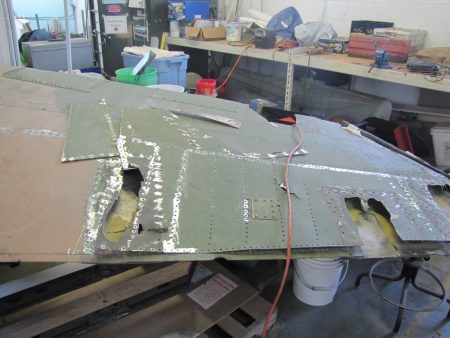 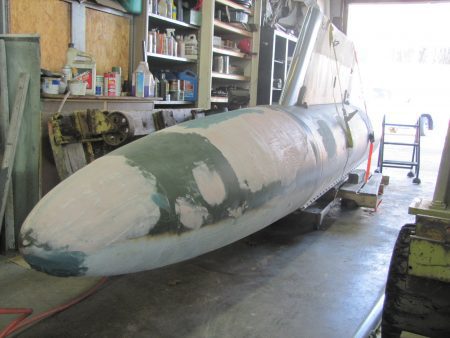 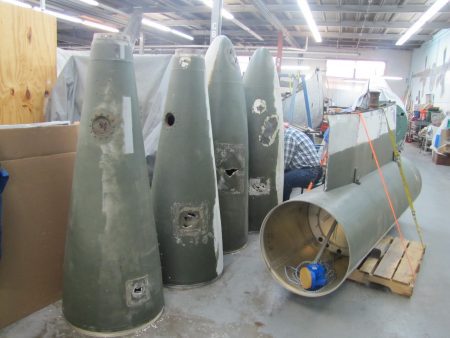