Sopwith Triplane “Tripehound” (S/N 001; C/S N6291) ~ Our privately owned Sopwith Triplane replica was made from the original drawings by owner Bill Woodall from the Akron area. This endeavor was a 20-year journey from scratch, finishing in 1989. Between the original Sopwiths still around and the replicas, the number left in existence is estimated to be less than 9.

The pilots of the era nicknamed the aircraft the “Tripehound” or simply “Tripe”. Manfred von Ricktofen, the “Red Baron”, saw one of these in battle and demanded to have his own German triplane, which became the Fokker Triplane.  When the Tripehound came online for the RAF during WWI, she helped turn the tide against Germany air power.

Here is a description, by Bill Woodall, of his time building the Sopwith. Video of his flight.  Bill’s interview at MAPS Air Museum.  Bill Woodall is the Crew Chief and maintains this historic replica of WWI!

Museum display notes: markings are of the Royal Air Force insignia that started in 1918. 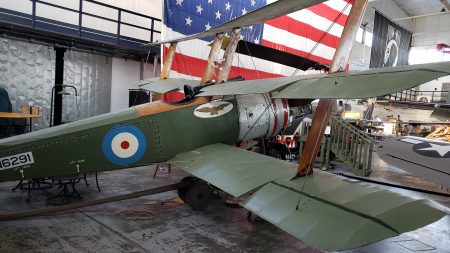 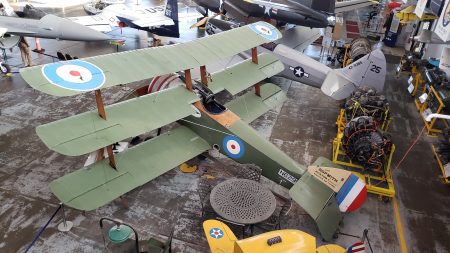 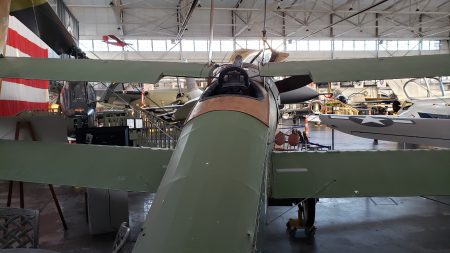