This aircraft was Chance Vought’s submission into the US Navy’s competition for a carrier-capable day fighter in June 1945. She was plagued by technical and handling issues over its short service career, particularly due to its insufficient engine-thrust.

Over one quarter of all Cutlasses built were destroyed in accidents, taking 4 test pilots and 21 other US Navy pilots with them. Some notorious nicknames given by naval aviators were: the Gutless Cutlass, the Ensign Eliminator or the Praying Mantis.

Here is our Chance Vought F7U-3’s short history, after arriving with the military on September 24, 1954:

Replaced by:  immediately by the Grumman F9F-8 “Cougar”  and eventually the Vought F8 (F8U) “Crusader” 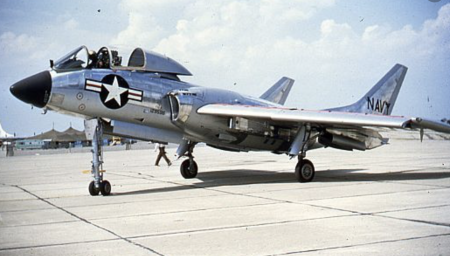 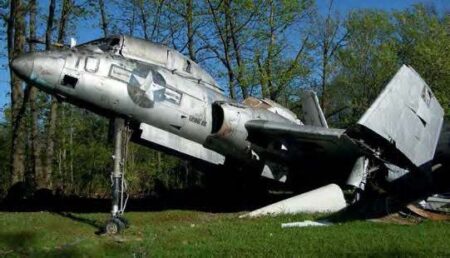 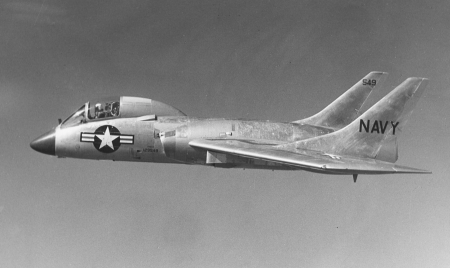