Our BT-13A was built by the Vultee Aircraft Company (which become Convair in 1943) in Downey, California on March 19, 1942 and was accepted by the US Army Air Corps on March 25, 1942. Her first assignment was with the San Angelo Air Corps Basic Flying Training School (BFTS), Air Training Command (ATC) at San Angelo Army Air Field, Texas. Below are her others stations:

Reference the 2 below photos: Normally training aircraft did not have nose art, but to honor M.L. we decided to put this on the airplane.  M.L. has said the Canton School buses flew better than the BT 13 thus the name. M.L. with the BT 13 and holding a photo from August 1944 when he graduated from BT 13 flight school with 40.25 hours Dual (with instructor) and 40.75 hours Solo. 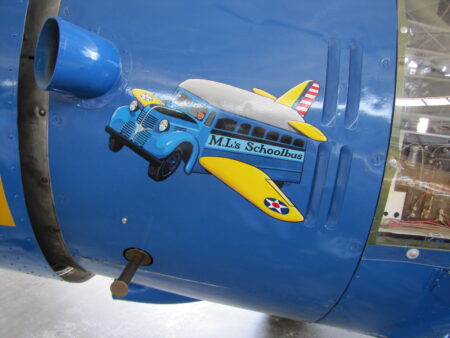 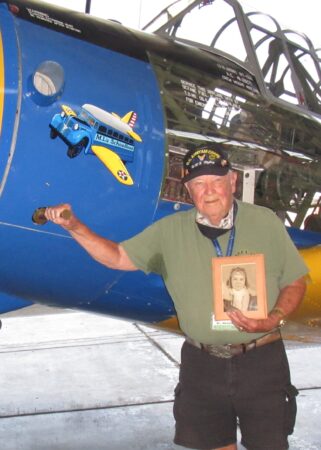 Her time eventually came to the MAPS Air Museum for restoration on January 28, 2012 from MARC. Our Vultee was put on display in August 2020.  She is maintained by Crew Chief John Harris.

Museum display notes: The blue and yellow coloring were used on aircraft by the US Army Air Corps until 1943. They discontinued painting to save $$$ and weight later that year.   Had it been accepted after May 6, 1942 the red dot would not be in the star and the red, white and blue on the tail (rudder) would have been removed after Sept 1942.

Also based on donor information, the control surfaces (rudder, flaps, ailerons,and elevators) were donated and are believed to be original from 1942.

Designed to replace: Initial Army Air Corp solicitation in 1937 for a “Basic” trainer, to go between the “Primary” and “Advanced” training stages

Replaced by: North American T-6 Texan (AT-6 during Army Air Corp WWII days; SNJ by the US Navy) 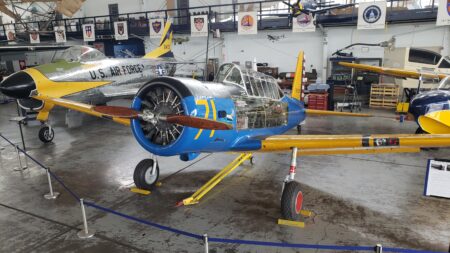 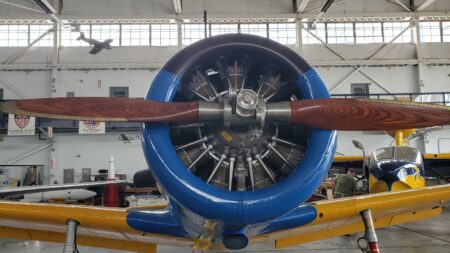 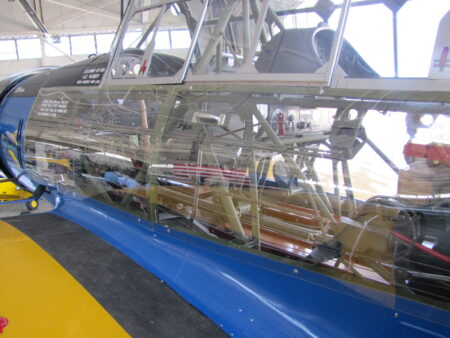 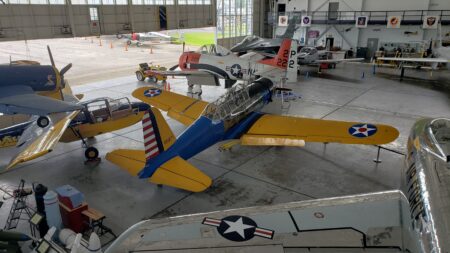 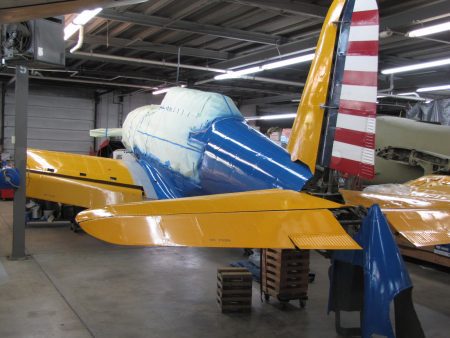 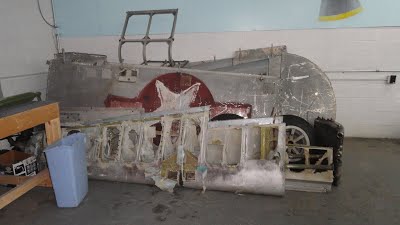