Convair F-102A-55-CO “Delta Dagger” (S/N 56-0986) ~ One of the “Century Series” aircraft, the Delta Dagger was the US Air Force’s first operational supersonic interceptor and delta wing fighter. Convair was the settled on acronym name of Consolidated Vultee Aircraft Company (formed in 1943, defunct in 1996).

This Convair was built at the Convair Aircraft Corporation in San Diego, California and delivered to the US Air Force on February 4, 1957 to the 317th Fighter-Interceptor Squadron, McChord AFB. Here is her history:

In November of 2004, MAPS Air Museum recovered the Delta Dagger from Florida and moved it to Green, OH. The Convair is maintained by Larry Lewis and will be soon having its turn to get further refurbishment. 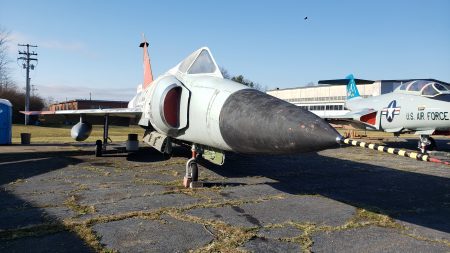 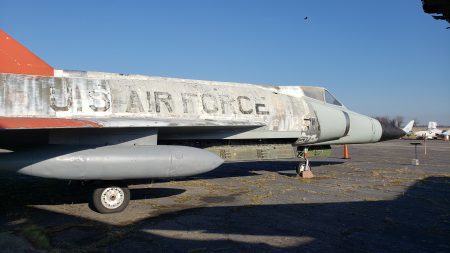 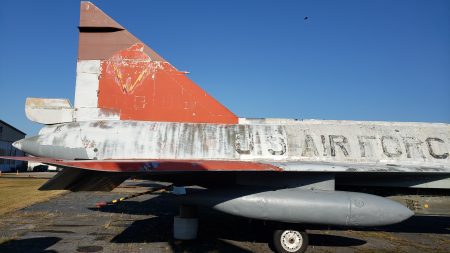