EA-6B Prowler to be new addition at MAPS! 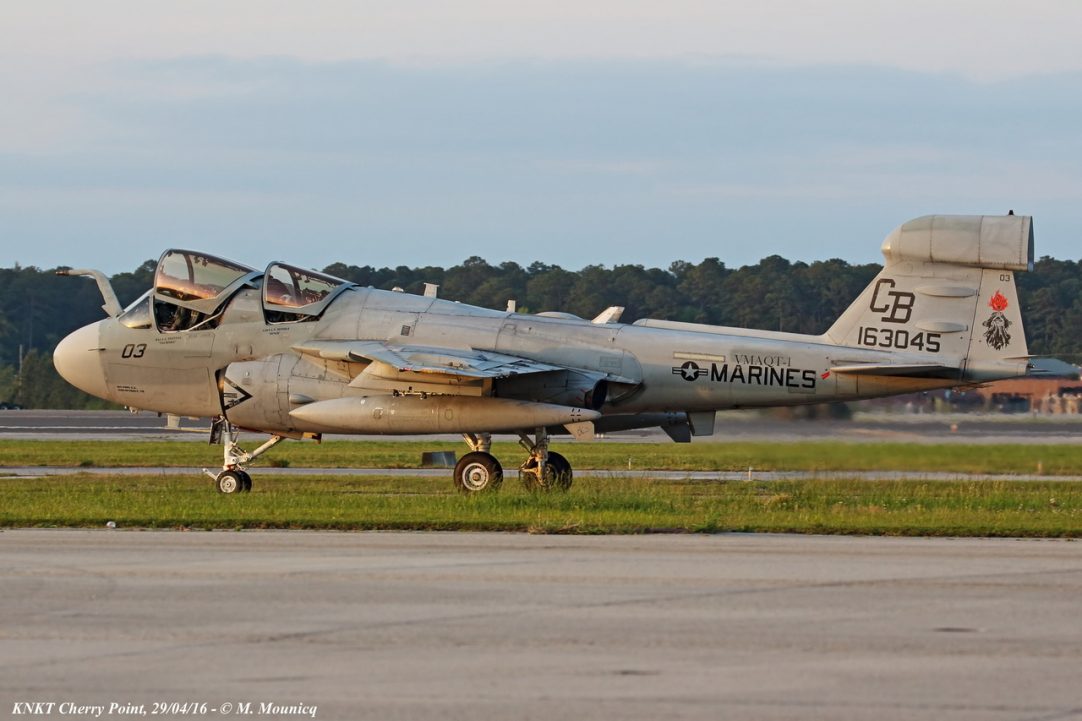 .The Northrop Grumman EA-6B Prowler will become a new addition to the list of aircraft at the MAPS Air Museum. This aircraft, serial # 163045, served in the Marine Tactical Electronic Warfare Squadron 2 (VMAQ-2) of the United States Marine Corps, which is part of the Marine Aircraft Group 14, 2nd Marine Aircraft Wing with the recent nickname of the “Death Jesters“. Our new aircraft was last stationed at Marine Corps Air Station Cherry Point in Havelock, North Carolina. Delivery of the aircraft is estimated to be mid-late January, 2019, with assistance from VMAQ-2. NOTE: UPDATE TO SERIAL #: we have been informed that the actual EA-6B that we will be getting is #163047, not #163045. #163047 was also based at Cherry Point but was part of VMAQ-4 and was nicknamed the “Seahawks”.

An additional information Page will be made available soon on the MAPS Air Museum website. Stay tuned for more detailed information on this aircraft and its history.