Grumman F9F-8P “Cougar” (S/N 144402) ~ This swept-wing version of the F9F “Panther”, was manufactured at the Grumman Corporation, Bethpage, New York and accepted by the US Navy on June 6, 1957. The F9F-8 was designed as a carrier based fighter, but the F9F-8P version was made with a modified nose, eliminating the guns to carry cameras and other armament for additional armor plating. The unique role had cameras for both vertical and oblique use. This allowed accommodation for the K-17 and Trimetrogon cameras. The other armament systems that were removed were fitted with a nose refueling probe and the compressor ducting was re-routed to provide heat to defrost the camera windows.

Assigned to the Photographic Reconnaissance Squadron, VFP-62 in Jacksonville, Florida where the Cougar started its military service:

This aircraft was then removed from the Navy aircraft inventory in May, 1962. She jumped around a couple museums, including the National Warplane Museum in June 1962 and in June 1964, the Wings of Eagles Museum.  Sold to a private individual in March 2005 (a unique story in of itself) and finally placed on indefinite loan to MAPS Air Museum on October 11, 2012. Our F9F-8P (RF-9J after 1962) is finished and under general maintenance by Crew Chief Ronald Schultz.

Museum display notes: our Cougar is painted and marked as it was with Air Task Group (ATG)-201; Detachment 45, on the CVA-9 USS Essex as the VFP-62 Photographic Reconnaissance Squadrons Light  62 “Hawkeyes” when they were deployed February 2, 1958 through November 17, 1958. 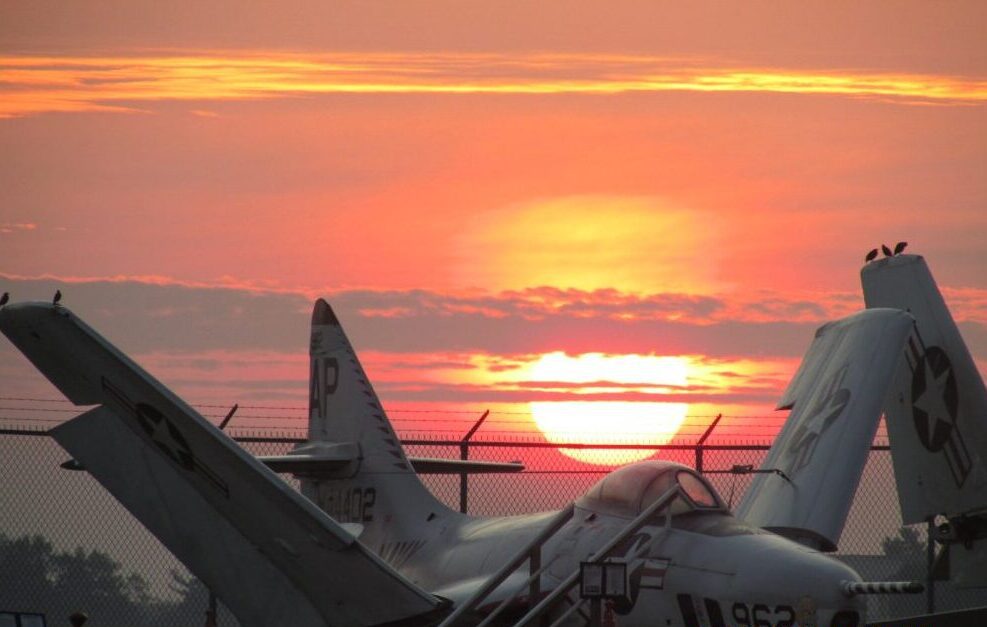 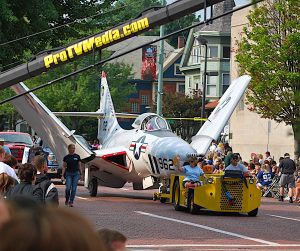 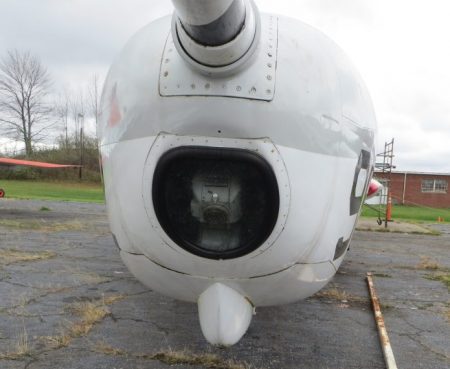 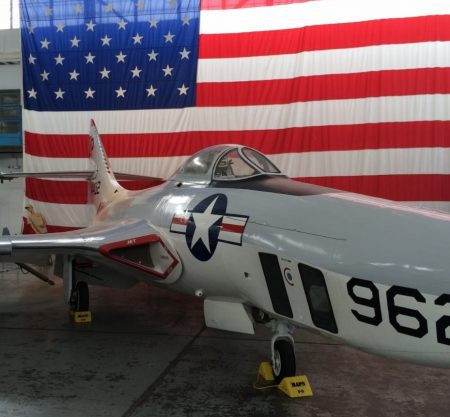 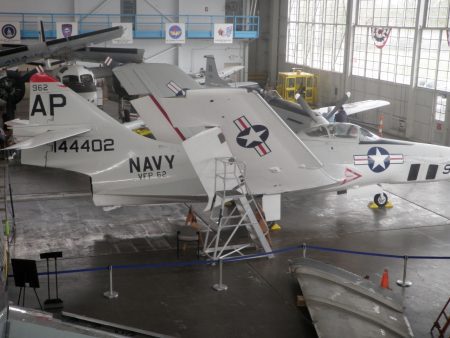 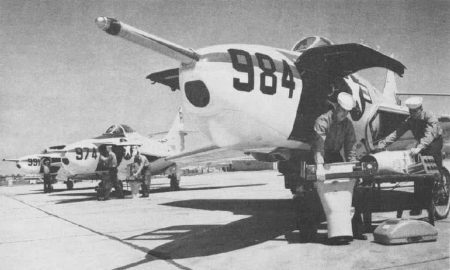