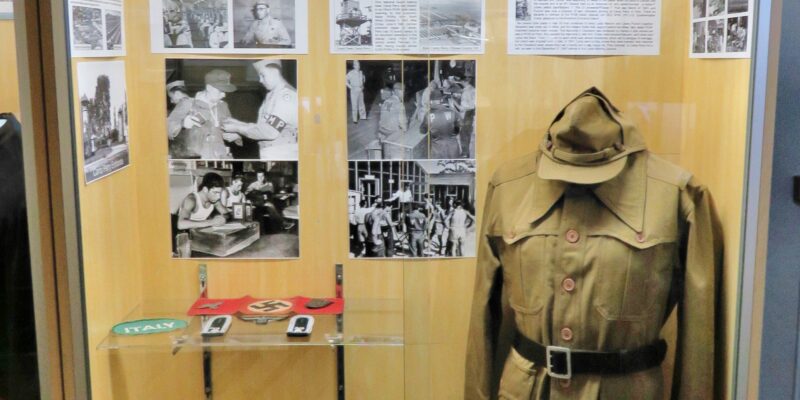 POW's in Ohio during WWII Display

A new display has been added to the Ohio Military Museum (OMM) Room at MAPS: Axis POWs In Ohio. With the fall of France during WWII, Hitler had conquered the bulk of Western Europe. New fronts opened to the East (the Soviet Union) and North Africa. As the battles raged, more and more Axis prisoners were being taken, but the Allies were running out of room for them; England had been the only destination, aside from Germans captured on the Eastern Front and imprisoned in the Soviet Union.

America agreed to take prisoners of war (POWs) starting in May of 1942, and by the end of the war, approximately 426,000 of them were housed from coast to coast. Ohio received about 6,000 German and Italian POWs, many from the North African campaign. Camp Perry was the base camp for these men.

The new OMM display tells their story, and includes a very personal one, in which an Italian POW later returned to America to marry a Cleveland girl! Stop by and read all about it! Then buy the book in our Gift Shop.
The OMM Room is located on the 2nd floor mezzanine level.
Share