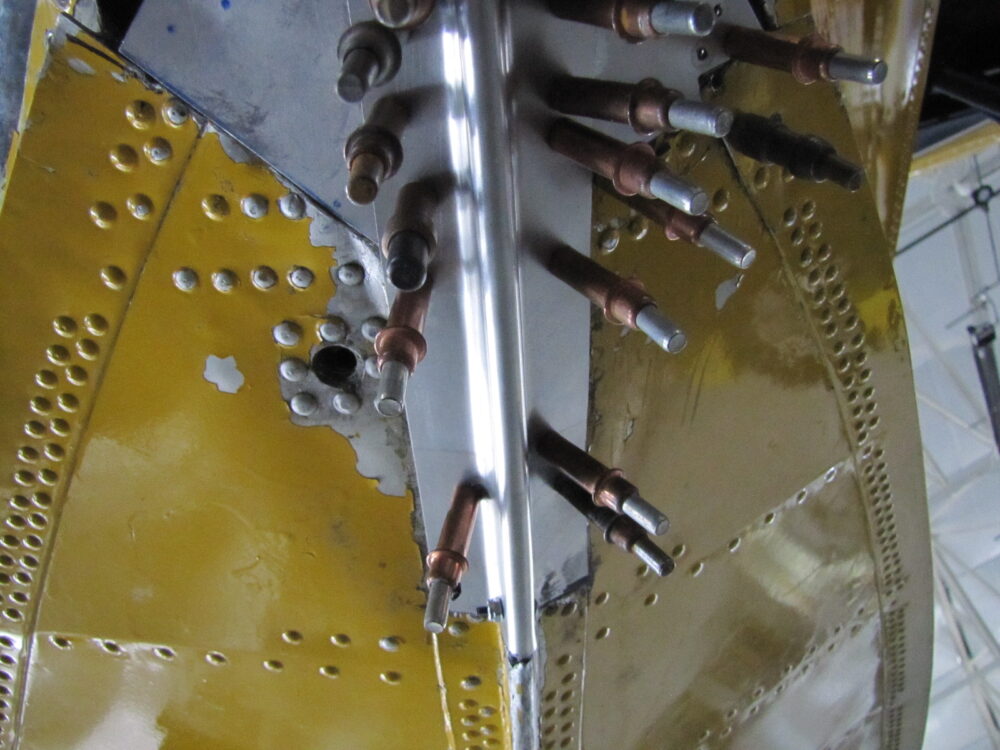 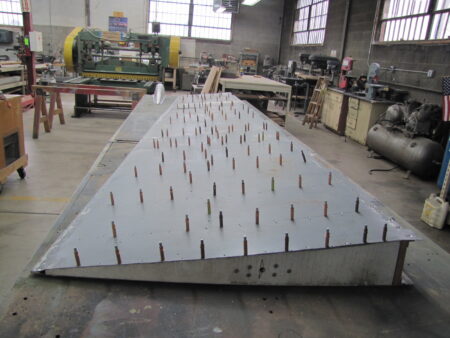 The F-102’s elevon is coming along. The underside leading edge was screwed to the main spar. I also added angle aluminum angle structure to the inboard and outboard ends in order to add support to prevent movement during high winds. Clecos are holding the skin in place. New pop rivets have been ordered and installation will start on Saturday. 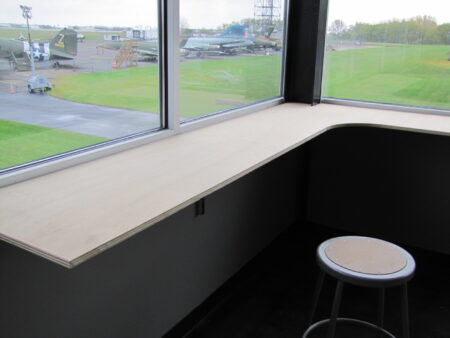 And Ray continues to work on the banquet center’s bar area. The first overlook bar counter was cut and put in place. It’s going to be great. 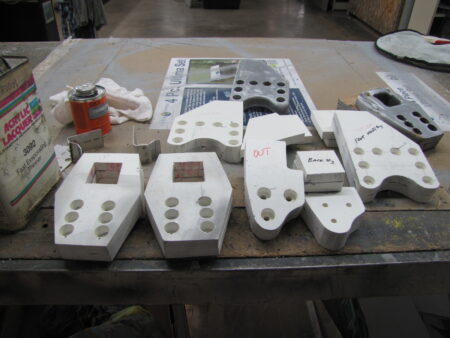 Dan is making new mount hardware for the F-86D’s rocket pod. The original mounts made at MAPS deteriorated due to weather. The new ones are made of PVC and will last a long time. 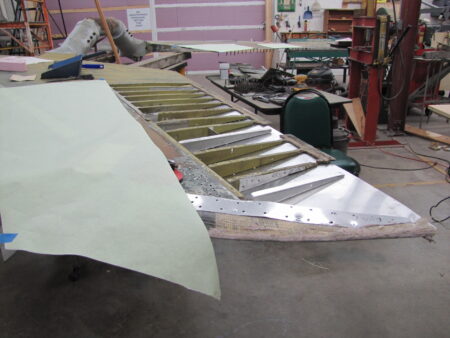 Paul and I finished removing the damaged skin from the F-105’s horizontal stabilizer, lots of drilling. Paul made templates for the new skin pieces. 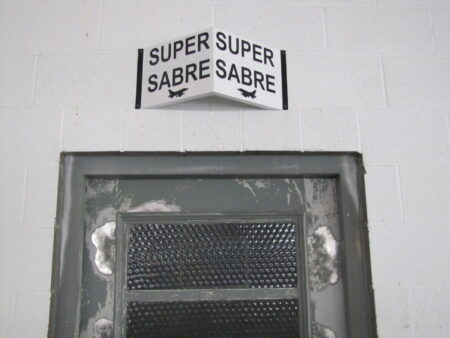 To identify various exhibit areas Ron made sign backings and Al is doing the lettering. The Super Sabre room has the first completed sign over its entry door. 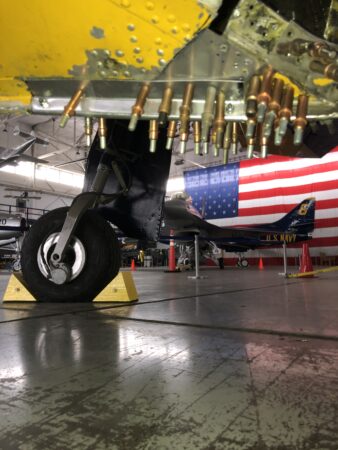 John and Ken B. made a new keel piece for the drake and Clecoed it in place. Bending the keel shape was a real accomplishment. (Photo above too)

From Richard Willaman:
Been working in the radio section display.  A new Micca SD card player has been added to the Saturn V  rocket display.  Much better than the last one.  Show more of Steve the builder of the rocket and it’s flight.
Worked on the Tank / field radio show case. To show the equipment used.  Not sure if the data can be read on the sheets. Maybe another Micca device and a monitor with a slide show showing the descriptions?
The Morse Code and Code Talker display is still in the works. The control part needs work.
The PBY is waiting on a model.  The NDB transmitter has data now.  To restore would require funds and much work.  Too bad when it was retired it sat in the weather.
Ham Radio display case is coming along. Problem is the show cases only hold a certain amount of equipment. The last one will be for the aircraft radio and devices.  First guided bomb control, The drone control, the ART-13 like was used in many areas, but this one I dedicated to Lynn Smart who was a radioman on a B-29.
The hangar is empty of what could go out for the Military collector Show this weekend.
Thank you Allen for the donations of the 3 boards. Pinned the
info about the Morse code and PBY. Looking for a model to put above the radio
receiver.
Still need power to the small TV monitor on the wall. Two videos, Morse Code
and the Code Talker.
Maybe add LED lighting to the show cases.  It is getting dark along the wall. Visitors
were coming through.  Once in awhile I get someone who is interested in radio.  Some
would say their Dad was a radio man on ******** with a short sorry about him.
The Code Talker video is very interesting because it tells how they could send a message
in Navajo in 20 seconds and it would take 10 minutes in English. 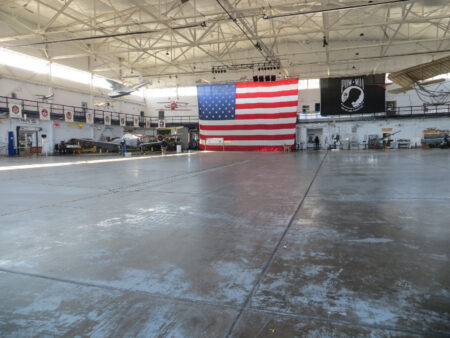 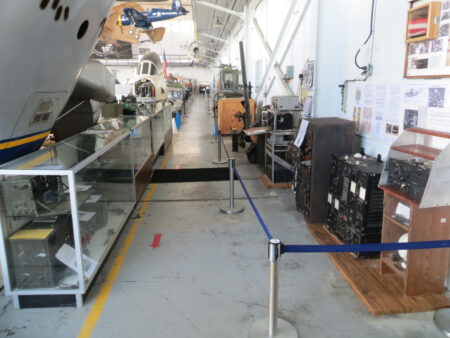 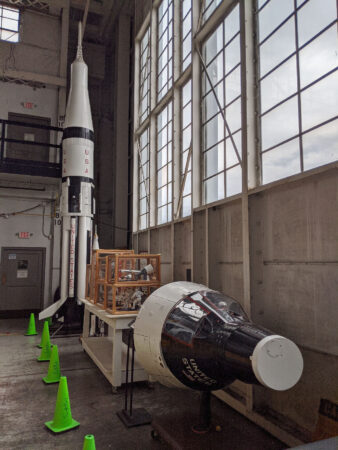 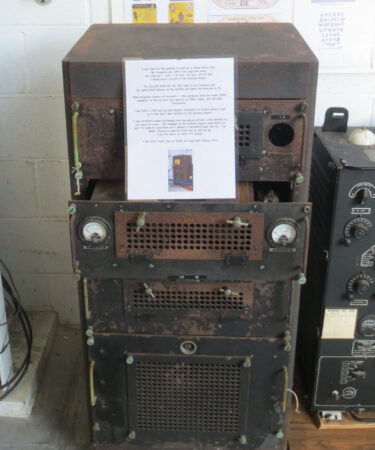 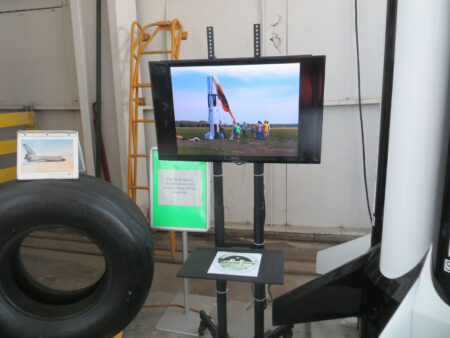 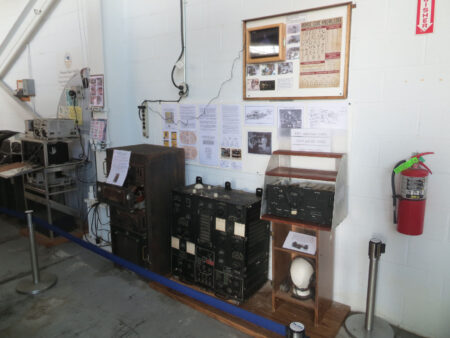 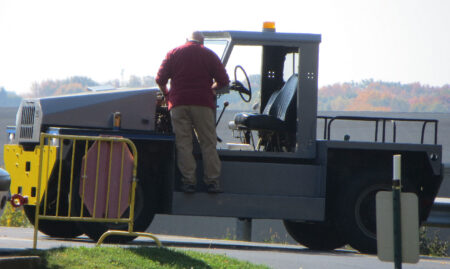 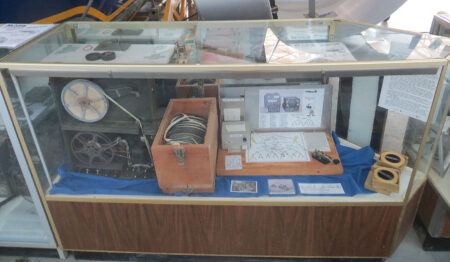 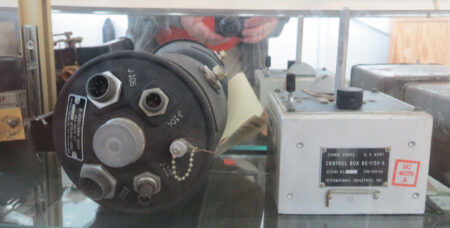 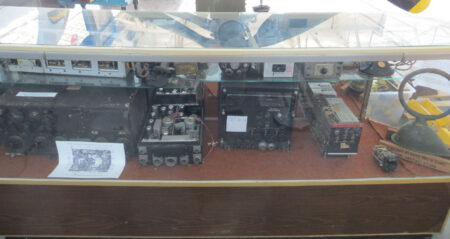 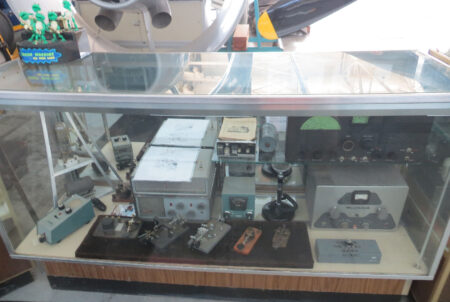 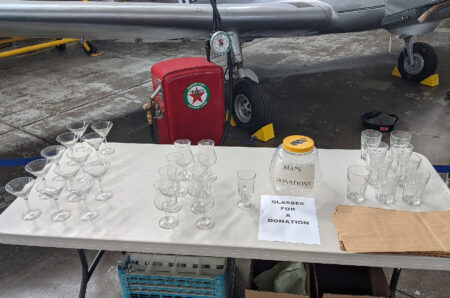