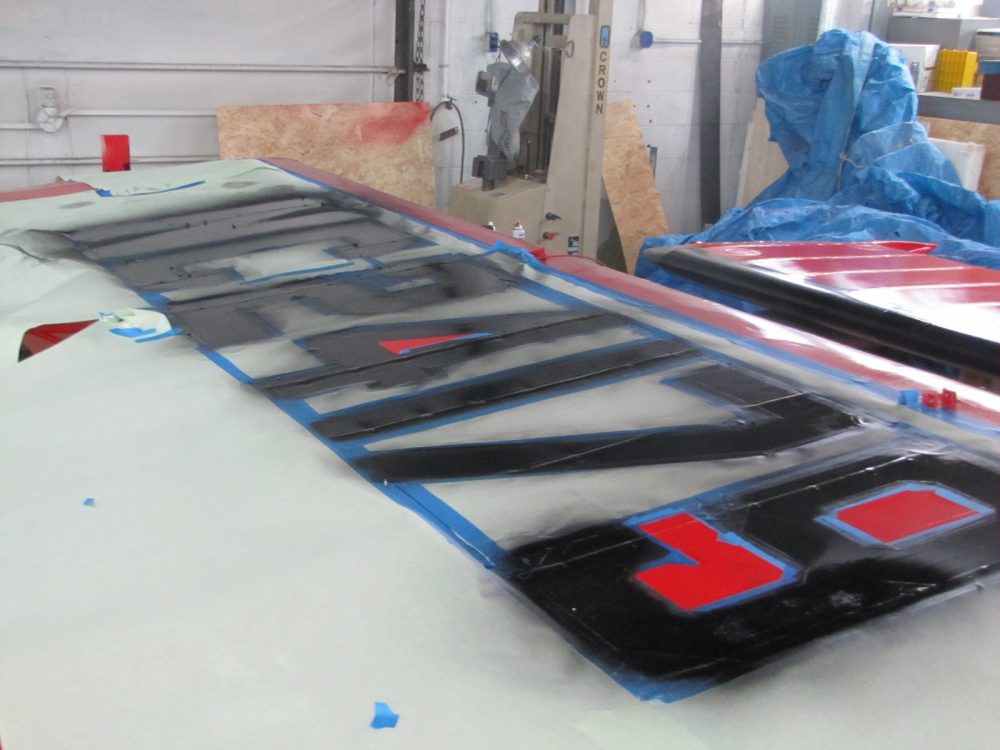 We installed the OV-1’s left horizontal stabilizer assembly which took a bunch of muscle, wiggling and pounding but we finally got the 6 bolts (three different sizes) installed and tightened.  Then someone said, why not install the outboard vertical stabilizers.  So we did (photo).  They went on relatively ease as they are light.  The rudders are much heavier and will take some doing to install.

The Funk got its black trim paint and number painted (2 photos).
John installed the luggage compartment in the BT-13 (photo).  On display it will be seen through the Plexiglas door shown in its up position.
Kent removed the final 12 screws holding the F-105’s stabilization panel in place (photo).  He drilled out the screw heads and once the panel was removed discovered that the screws had nuts installed.  We can’t figure out how they were assembled as the nuts are not nut plates and the area looks to be inaccessible.  Such is the mystery of aircraft manufacture.
Tom and Dennis primed the Corsair’s aft fuselage frame (photo).  Looks very bright.
Jim is working on the new door for the east end of the recreation building (photo).  It will consist of 2 sliding door panels and will be a little over 19 feet wide when open.  We will be able to move the BT-13 and OV-1 out of the building once the door and door opening are finished. 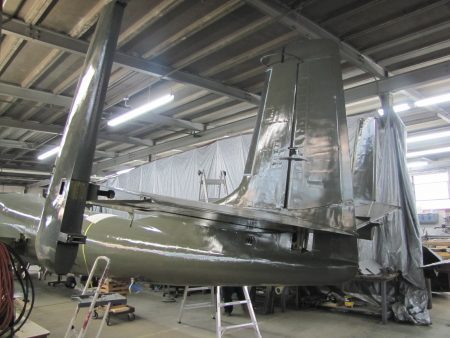 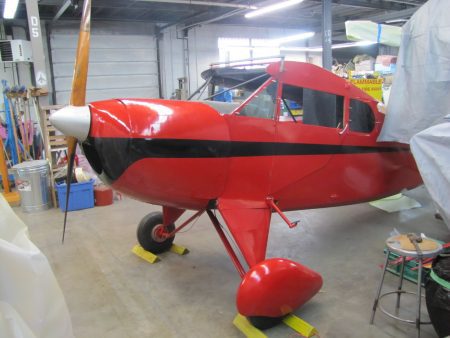 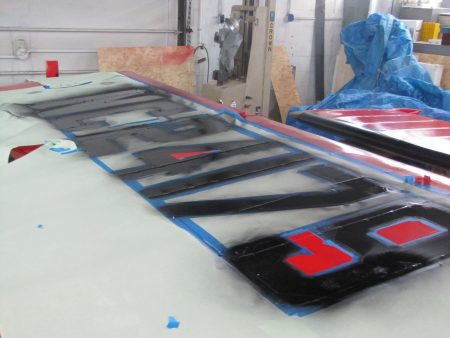 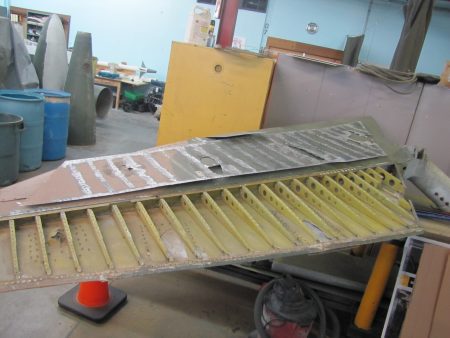 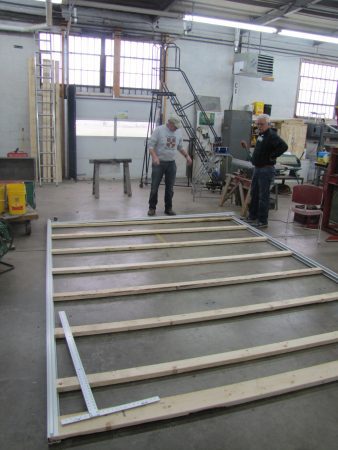 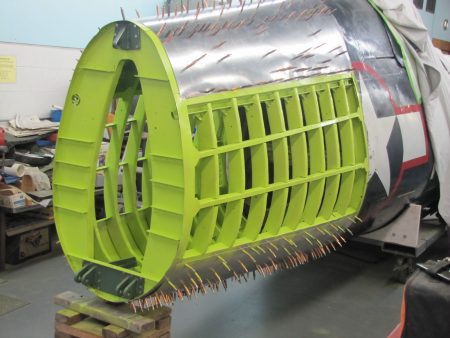 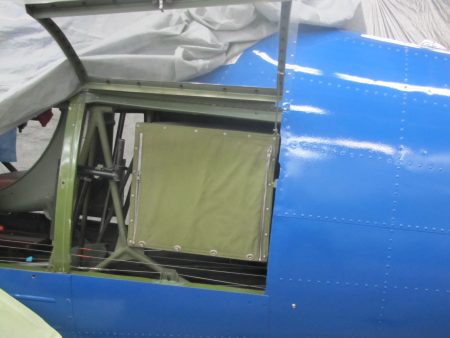 From Richard Willaman, including random select photos of a moving day of aircraft/materials: 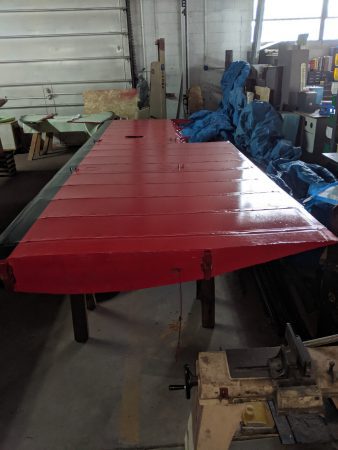 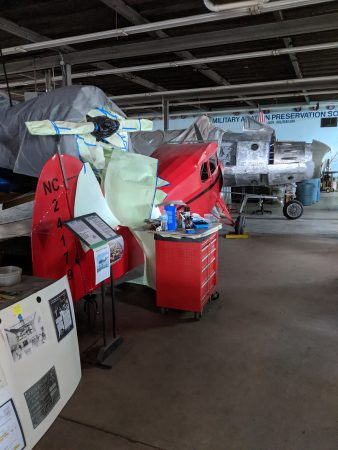 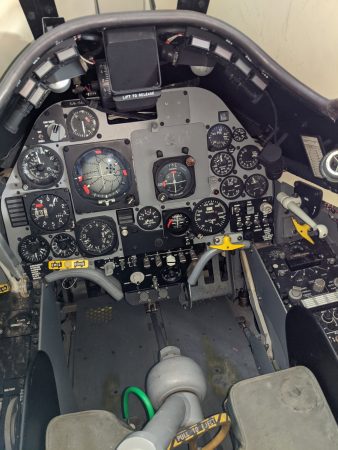 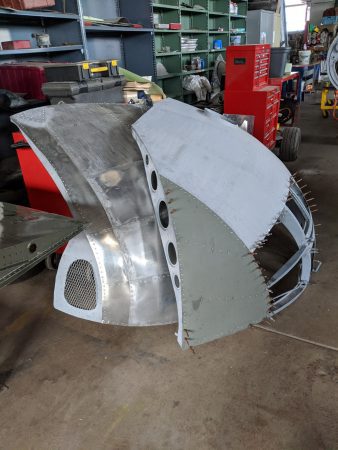 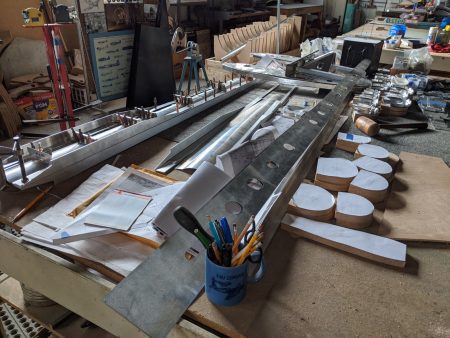 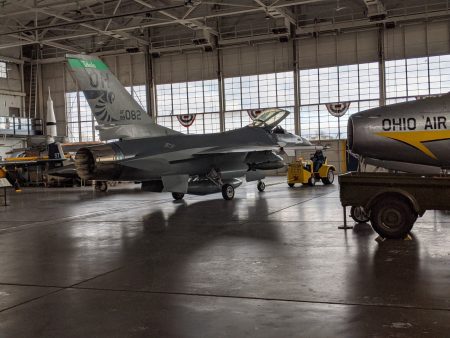 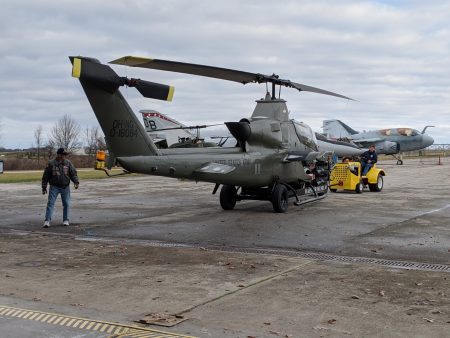 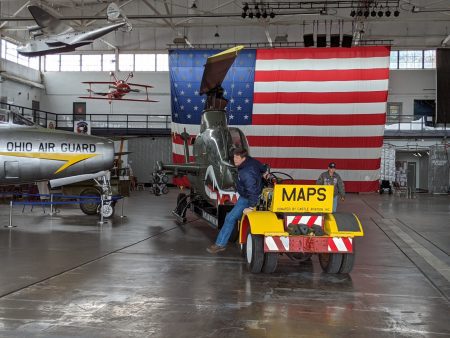 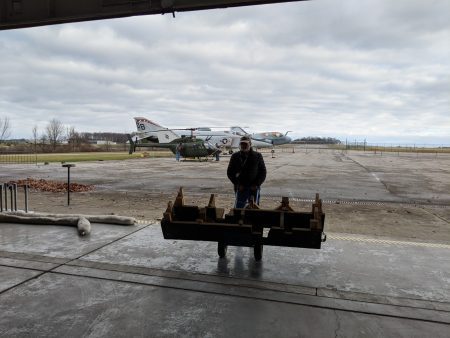 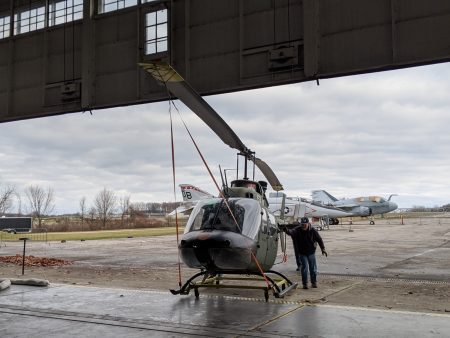 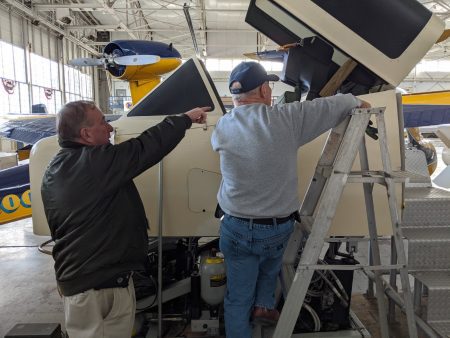 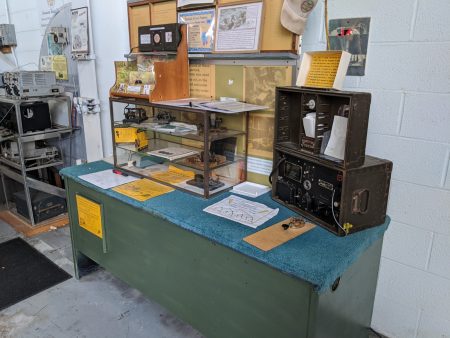 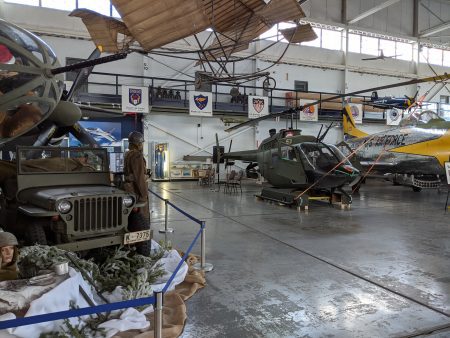 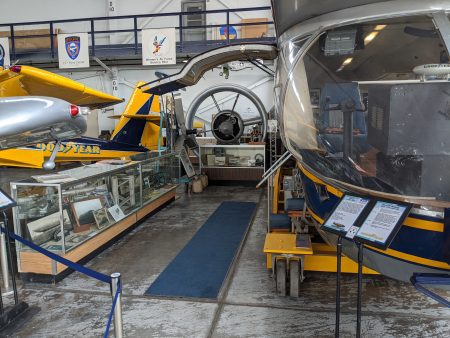 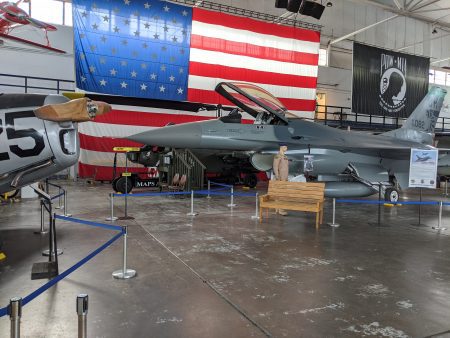 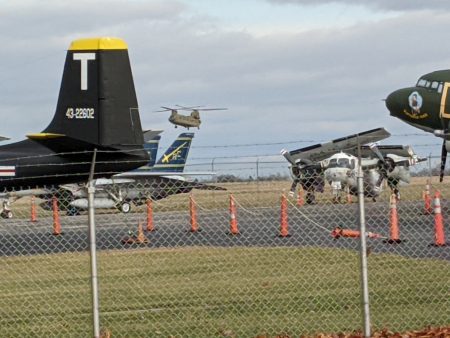