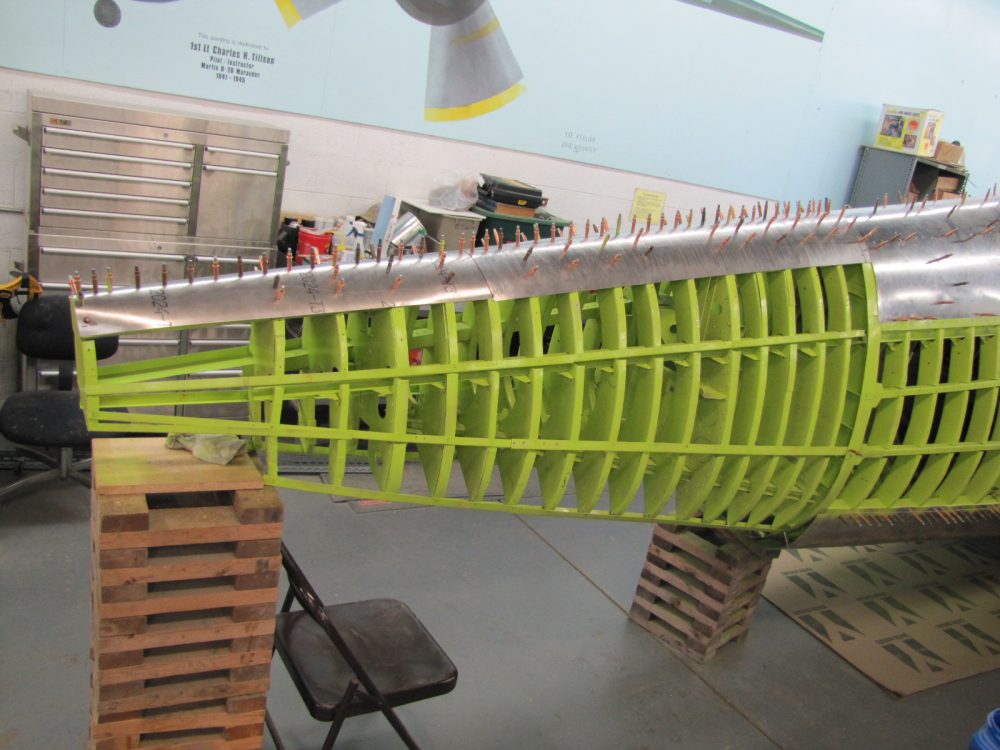 Skins are being fitted to the Corsair’s aft fuselage.  The curve is much sharper than the mid fuselage thus requiring lots of time on the English wheel (photo).

I removed the batteries from the F-100 and had them checked at Advance Auto Parts.  They checked out ok so I brought them home and am charging them.  Also bought a new blinker as the one in the plane ceased to work.  One of the tail lights works, the orange one, but the white one does not.  More trouble shooting.
The F-105s tanks are coming along.  Painting is in progress (photo).
Mark painted the exhaust nozzles of the OV-1 a nice metallic silver.  They look brand new (2 photos).
We painted the lot numbers on the 5 AN-M57 bombs, let the paint dry and then installed them in the B-26.  There are 4 bombs in the forward bombay (2 photos) and 1 bomb in the aft bombay (2 photos).  We discovered that the hooks that hold the bombs have a latch mechanism to prevent the bombs from coming loose.  Had to do a little tweaking and oiling but they work very nice.  Safety insurance.
A week or so ago I showed a photo of a simulator that is in the hanger.  I am told that it is for the A-4. 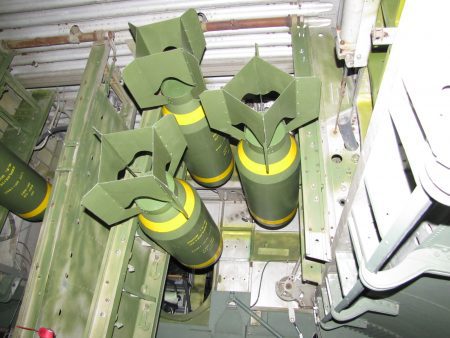 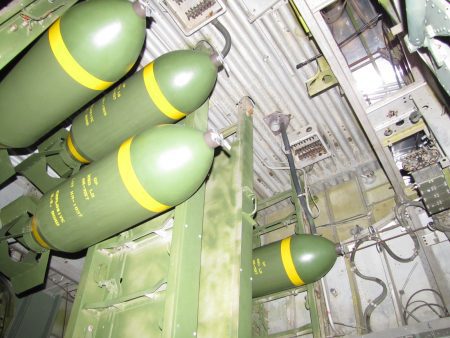 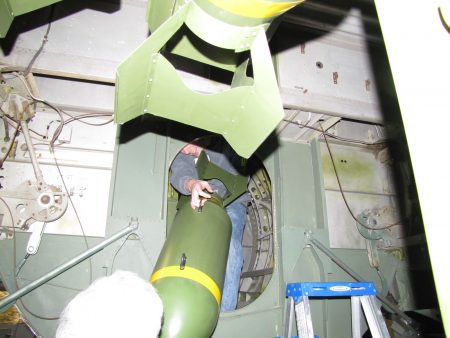 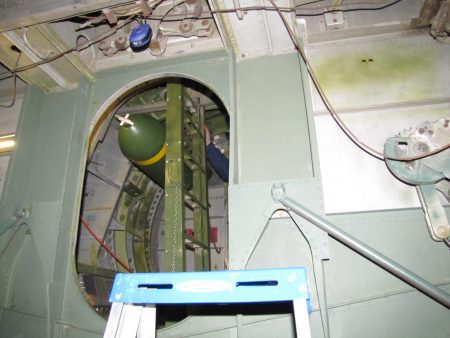 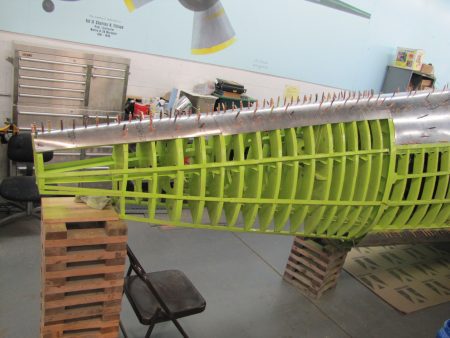 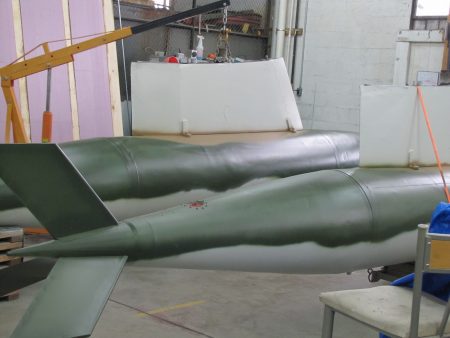 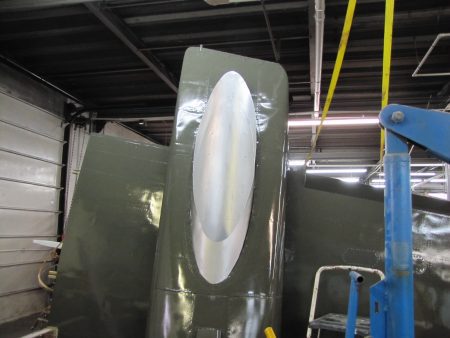 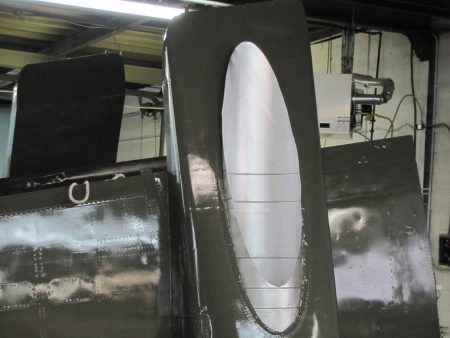