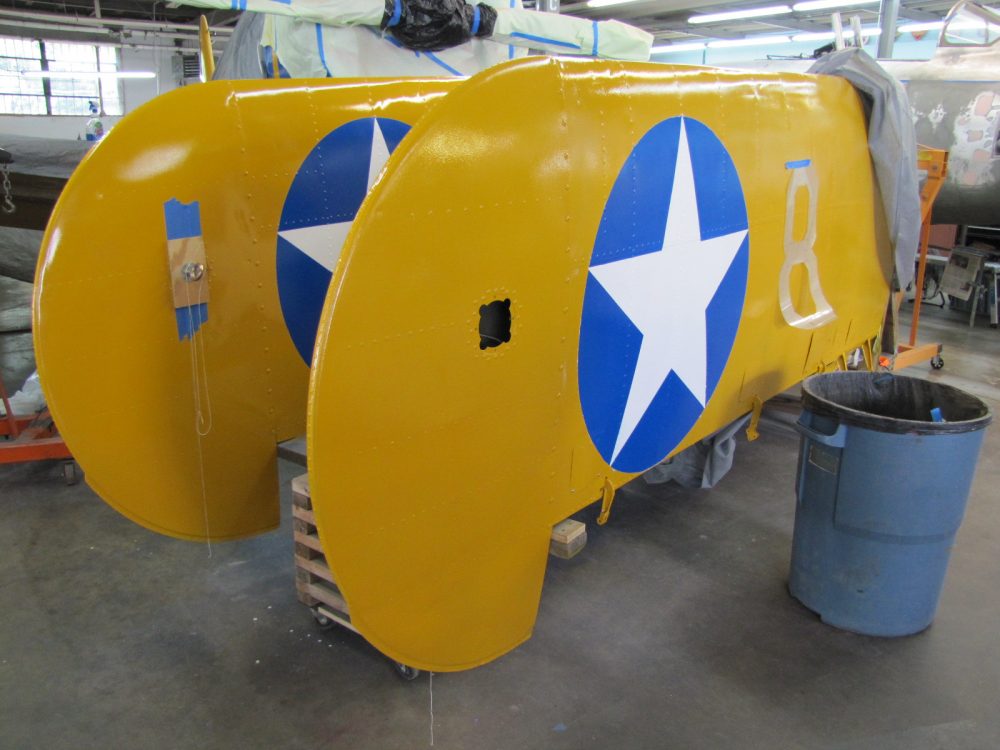 Lots of activity at MAPS today.

Ron and I spent the morning scraping the moss, grass, weeds, dirt, etc from the flight line, loading the stuff into trash cans and putting the stuff in the dumpster.  We loaded and dumped 10 trash cans.  We cleaned from the C-47 to the F-101.  The first photo shows the moss and stuff on the ramp and the second photo shows the cleaned area.
Chet is polishing the Beech (2 photos).  His helper is sitting down on the job (photo).
The BT-13 is getting its stars (photo above).  The red center is next.
The OV-1’s gear wells are being painted a bright white (photo) and the lettering is being applied to the fuselage (photo).
Serious restoration of the F-102 has begun.  Jody is applying epoxy to the center portion the fuselage to cover the extensive corrosion/pitting in magnesium skin (photo).  Going to take a lot of epoxy and elbow grease.
Ron painted the 500 LB bomb that we restored (photo).  It was located under the B-26 for some time and needed refurbishing. I made new fins and detonator.
This will make Wayne happy.  The Drake’s right gear has been welded (photo).  Ken Olinger has cleaned it and will paint it.  He found the original paint.  A number of other areas on the plane will be sanded and painted. 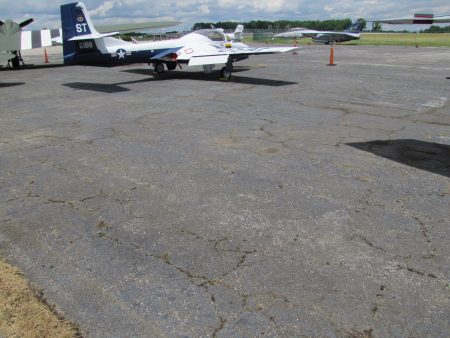 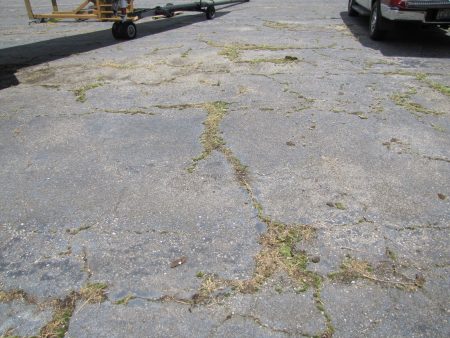 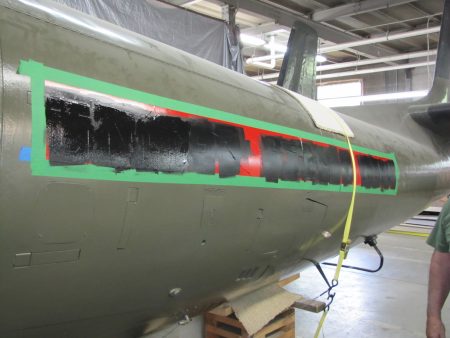 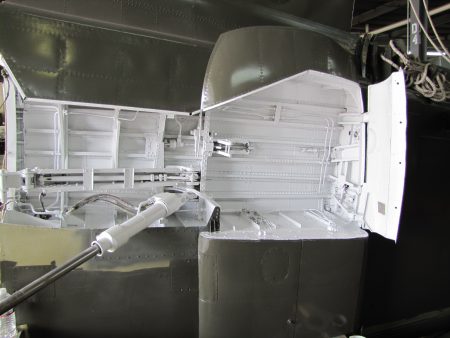 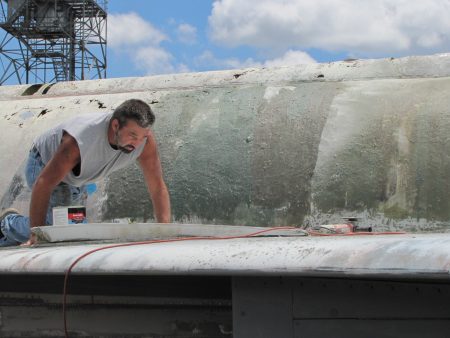 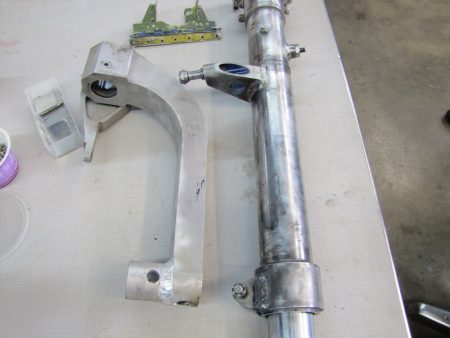 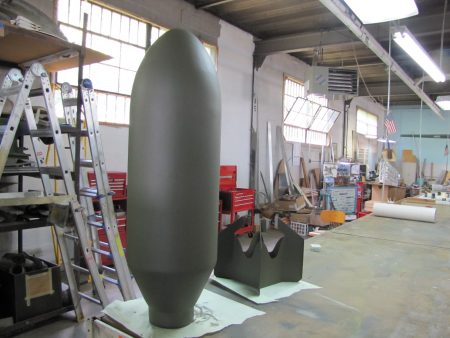 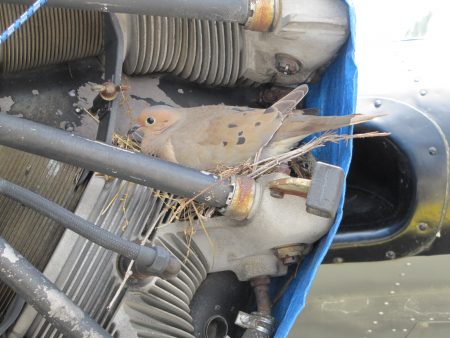 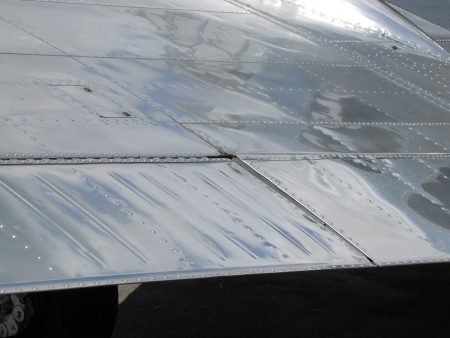 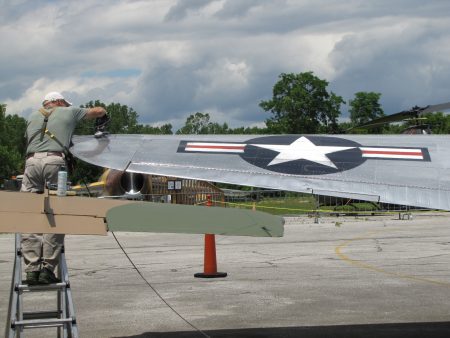 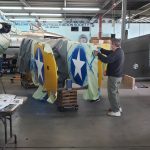 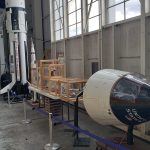 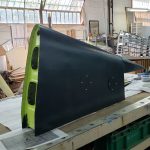 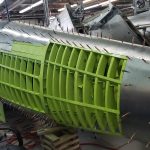 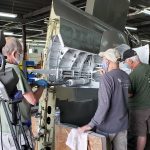 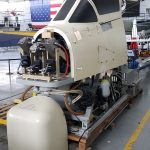 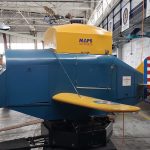 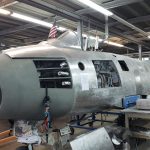 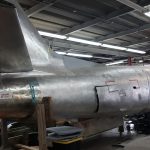 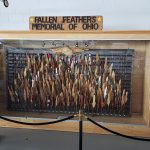 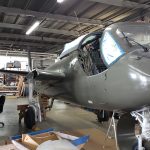 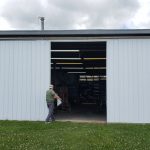 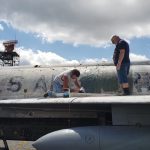 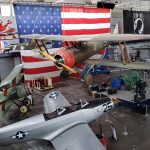 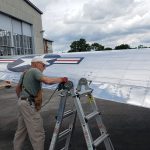