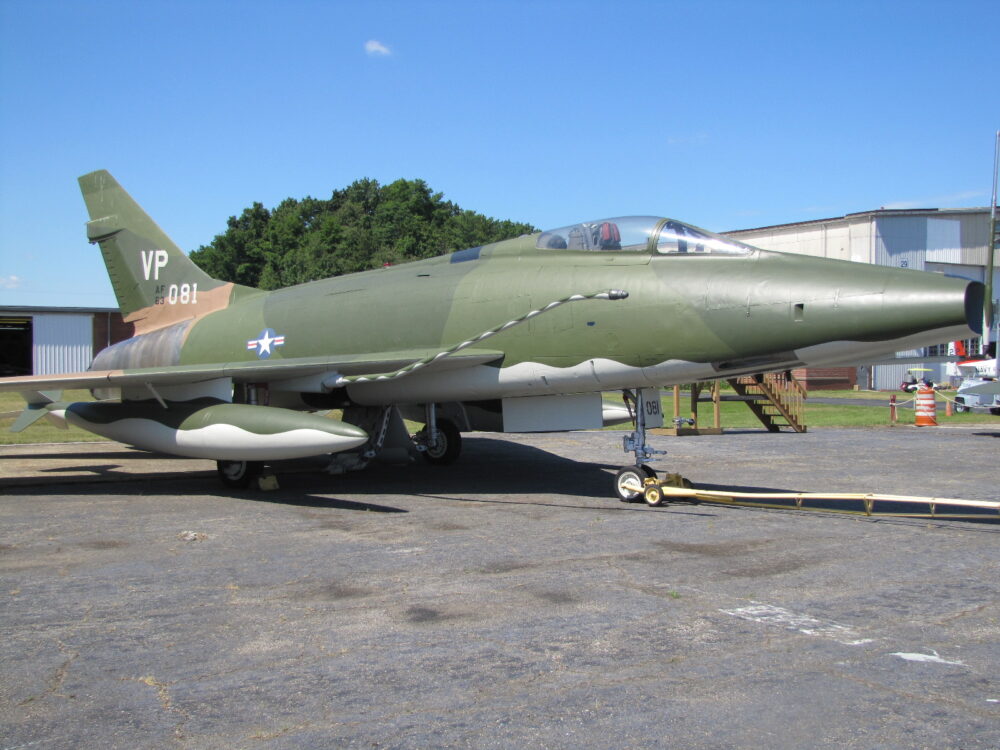 Wayne, you will like this.  Ken Olinger completed the assembly of the Drake’s repaired landing gear lower strut.  After lunch, we installed the gear on the aircraft.  The upper strut was swung away from the fuselage and the lower strut attached.  Then Jim brought in a fork lift and raised the right wing so the gear swung down and the sway link was attached.  The wing was lowered and the Drake was on its gear for the first time in a while (4 photos).

I finished the repair of a small damaged area on the F-105’s elevator (photo).
Dennis and Bill continue to rivet panels on the Corsair (photo).
Work on the F-102 continues.  The left side is almost complete (photo) and the upper spine has been restored (photo).  Dan completed one of the wing fences but I didn’t get a photo yet.
I decided to visit the upstairs hanger area and was pleasantly surprised.  The stalls have been installed in the restrooms (photo) and Mary painted yellow stripes on the stairs which is a great for safety.
While walking back from the flight line I couldn’t pass up the opportunity of taking a photo of 081.
I will not be at MAPS on Saturday, have a large home project. 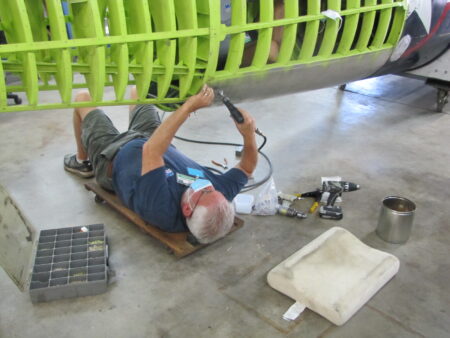 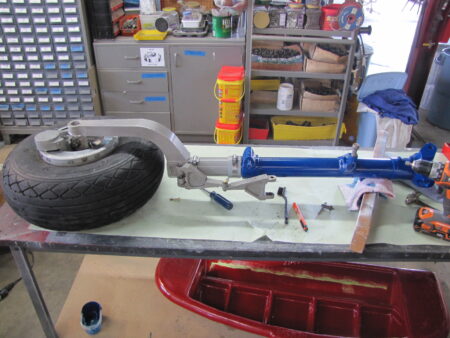 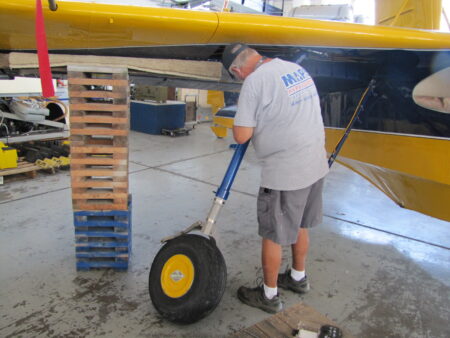 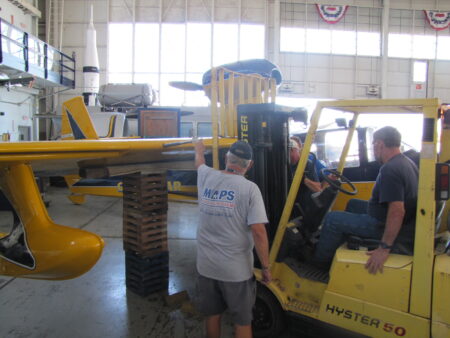 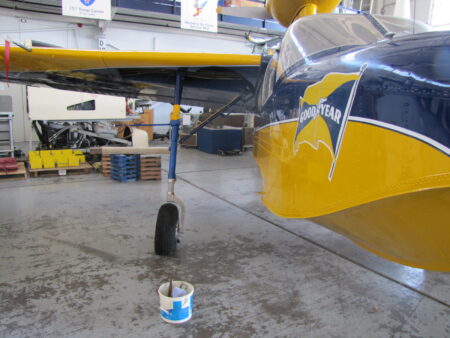 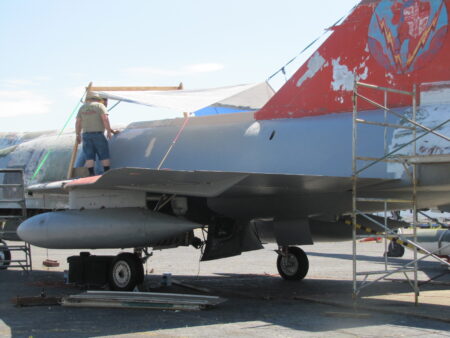 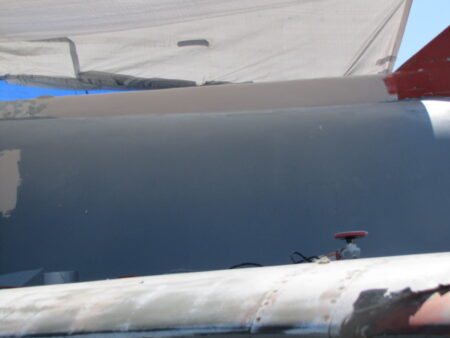 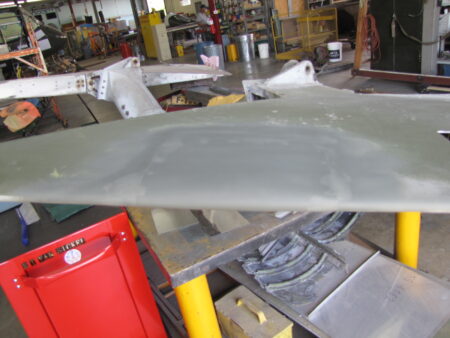 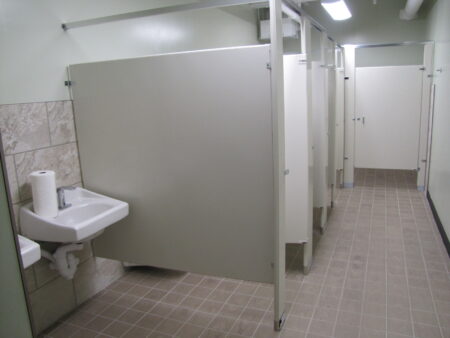 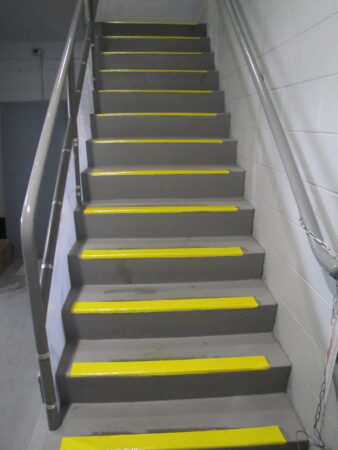