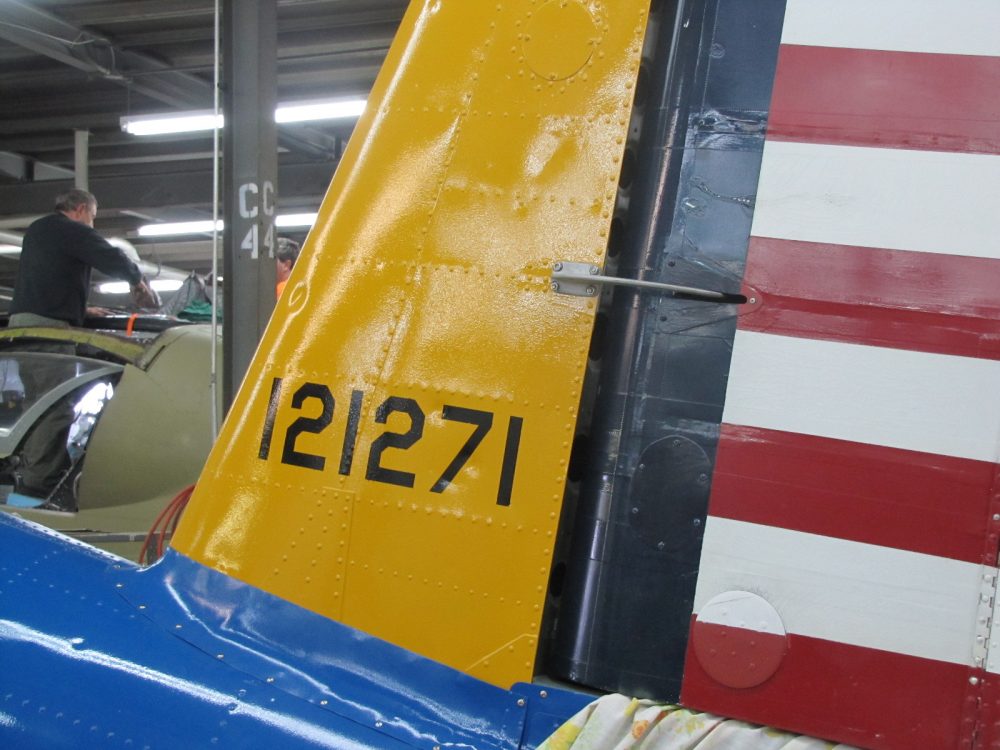 And also the Funk has its tail number (2 photos).
Dave continues to assemble a very complicated bulkhead for the corsair (photo).
Last Wednesday I removed the tail cone from the F-105’s drop tank.  On Saturday I made a new one out of aluminum (won’t rust).  Kind of tricky making a cone with such a narrow end (photo).  There are 3 fins that attach to the cone which will be made later once we figure out the shape. 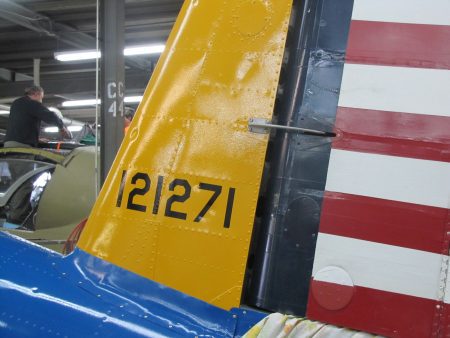 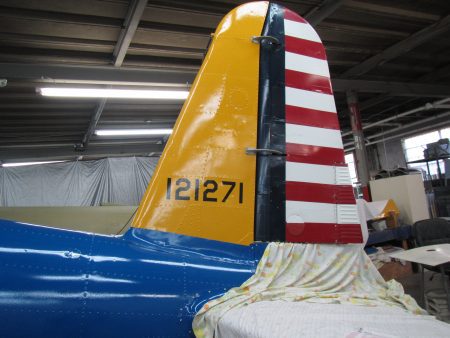 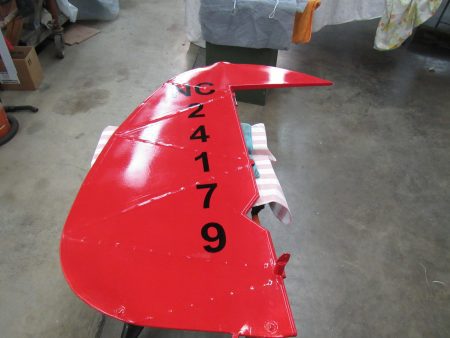 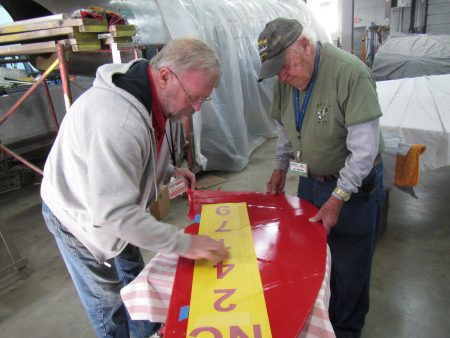 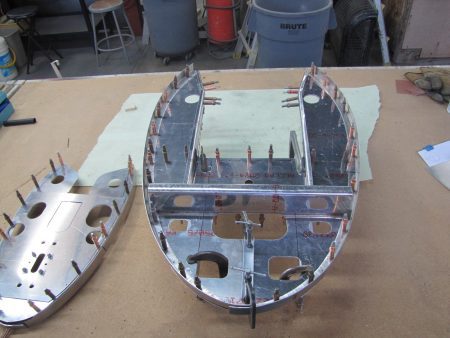 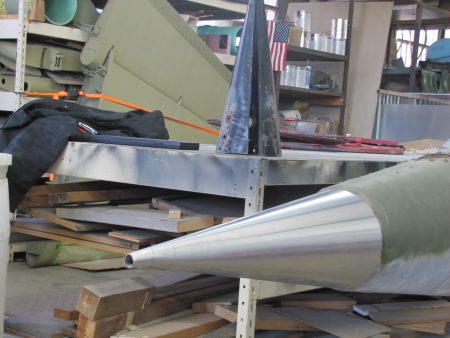