Many volunteers were finally able to get active again with each of their projects on Wednesday, June 17th. Currently, only two days each week are authorized for volunteer activity (unless otherwise approved by Kim): Wednesdays and Saturdays from 8 AM -4:30 PM.
From Ken Ramsay (on 6-18-20):
Hey, we are open for volunteers.  It was great to see everybody happy and healthy.  We must abide by the State’s health rules, but we got a lot done.
Bob & Mark fixed the flapping elevators on the A-26.  It seems that one of the original cable connectors broke.  The connectors and cables we installed were fine.  All is well in the back end of the A-26.
Jody moved the F-105’s fuel tanks to the flight line under the F-105.  He and Larry are working on a plan to fix the F-102.  The right flaperon was damaged in the last wind storm and has been removed.  And the fuselage needs to be finished.
Chet power washed the Beech and they are working to finish the right cowl to match the left one.
Ron welded the Drake’s landing gear strut back together and it has been sent out to do the aluminum welding on the axel hub.
Jim continues to work on the new doors on the east side of the restoration building (photo).
The new air conditioner/heater for the conference center arrived and was put in place (photo).
Ron and I finished the last drywall installation around the air handler air duct.  Needs a final sanding and paint (photo).
And, the new dishwasher arrived last Saturday and has been positioned in the kitchen area (photo).  Hook-up is next.  I’m told it will wash a set of dishes in 5 minutes.
The flowers are blooming nicely (photo). 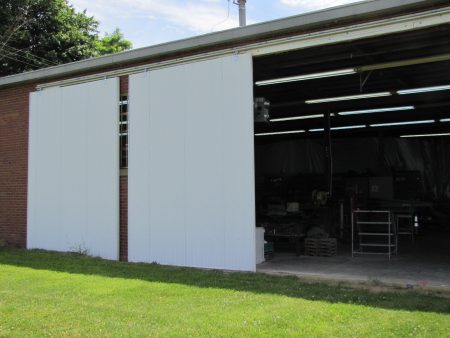 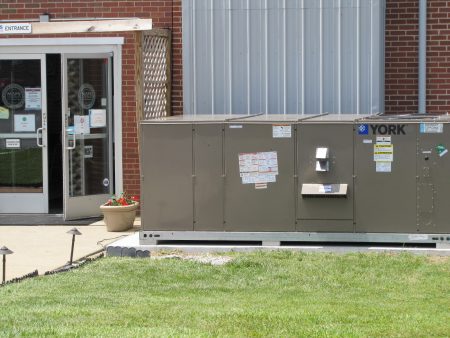 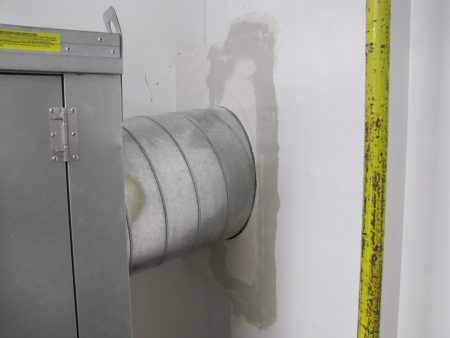 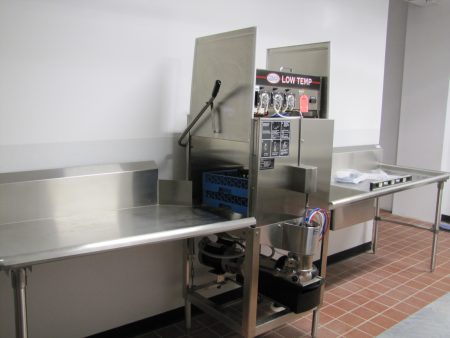 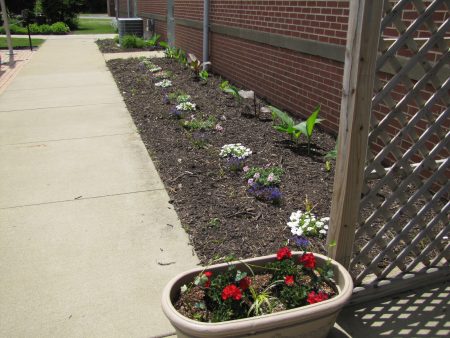 From Richard Willaman (on 6-13-20):
It was a very nice day. (above photo of P-51 at entrance)
Members went through screening and made sure they had a mask on. The First part was the membership meeting with notations for directors to be voted in August.
Last half was the COVID-19 training.  We were informed how it works as volunteers. Afterward we were invited to go up to the new room on the 2nd floor.  Fantastic work was done by small crews.  Still not done, it will be a great addition to the museum.
The gift shop was open for us to buy the new 30 anniversary shirts and MAPS 30 year publication. It is worth having to add to your library. (2 photos)
The grease tank goes in on Monday, that is why the deep hole. (photo)
The new extra large door in restoration was put in. Reason, have you heard of people building boats or planes in the basement. When finished wonder how to get it out.  The first plane to use it is the BT-13 which was too wide for the doors in the building. 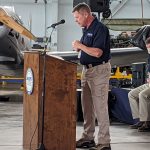 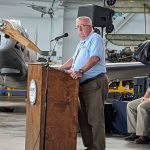 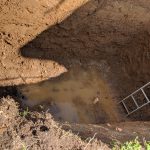 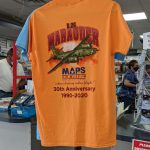 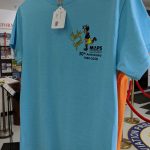 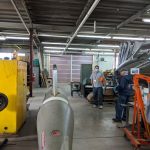 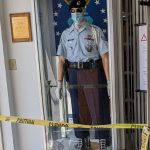 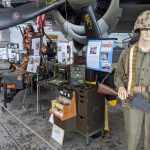 A quick Panoramic shot of the hangar, just before the meeting.

Kim starting off the meeting, then Debbie Bussinger executing a test run of a “live feed” for those far away members and to record the meetings in general. (fingers crossed!)

Everyone had their temperature checked and finally, an overhead shot of the meeting as everyone entered. 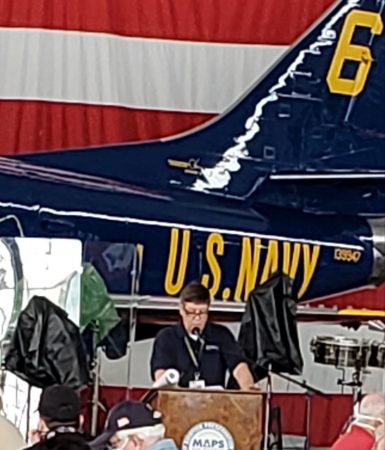 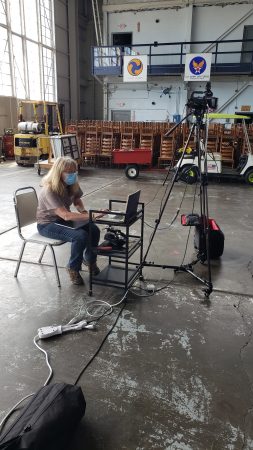 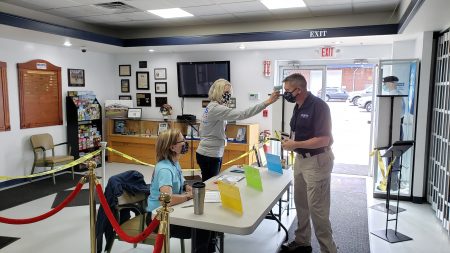 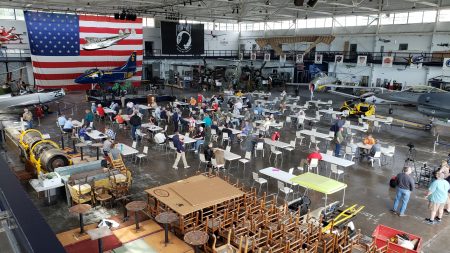