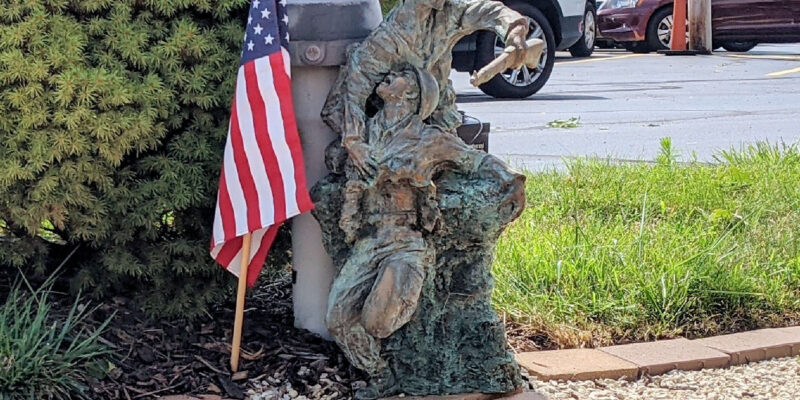 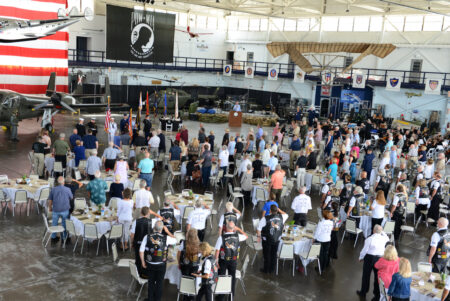 Last Saturday we had the dedication ceremony for our OV-1 Mohawk. Dinner followed the ceremony (3 photos). 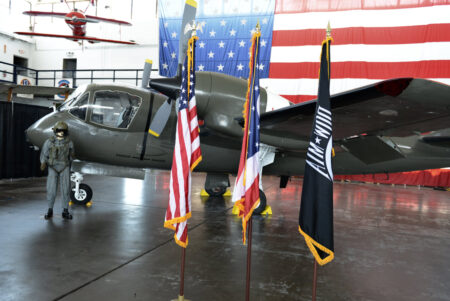 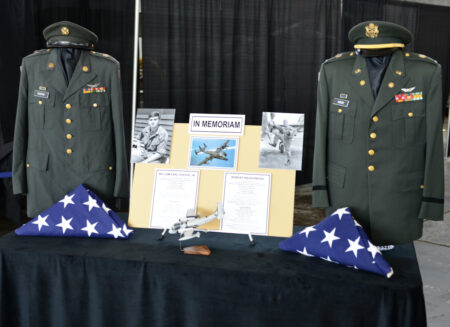 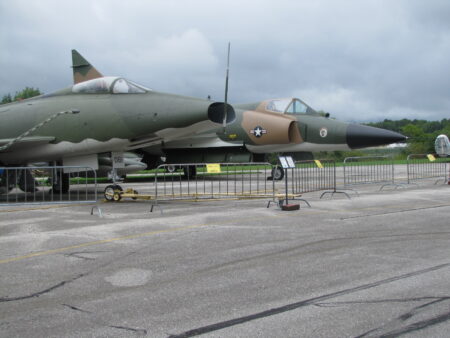 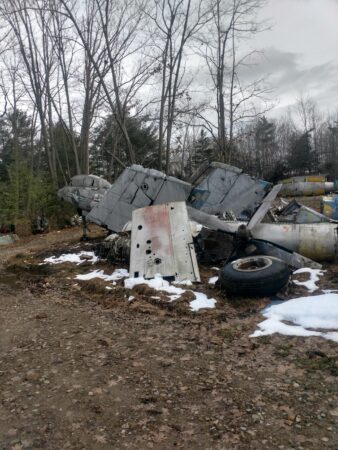 The Soplata Estate has accepted our offer of $17,000 for the F7U Cutlass. If anyone would like to contribute to our Cutlass fund, please send to Kim as he has set up a Cutlass account. 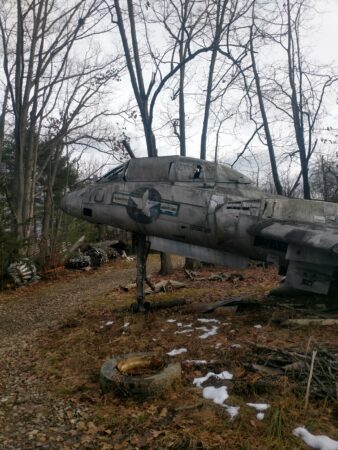 The plane has been outside for many, many years as the following photos will attest. However, we have restored planes in worse shape. 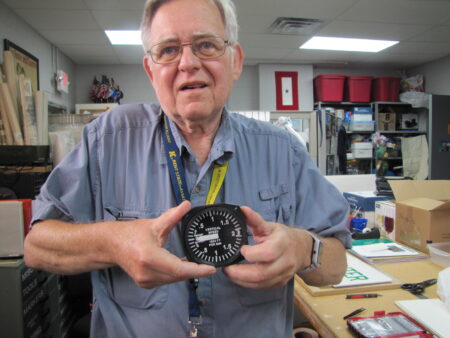 Al has worked out a method to create instruments on his 3D printer. 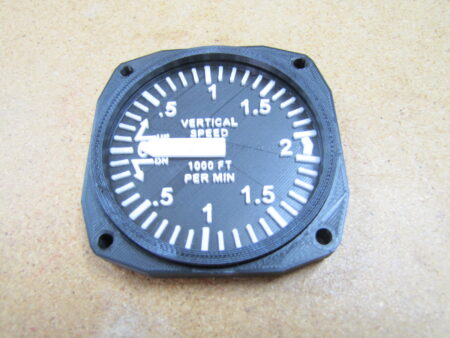 The first one is a vertical velocity gage used on most military aircraft. Well done. 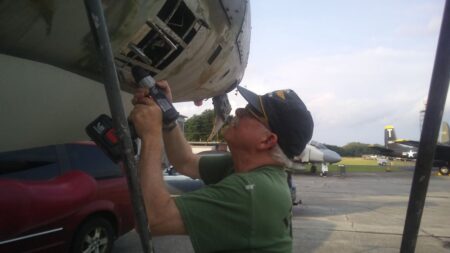 Rick continues to work on the F-105. He is consolidating small patched areas into one nice rectangular area. 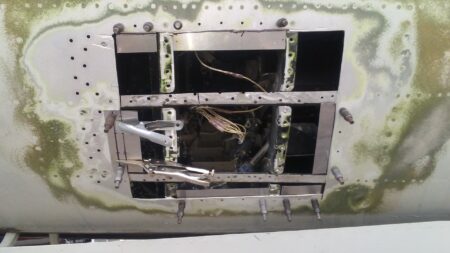 Much easier to make a large patch rather than a bunch of smaller ones. 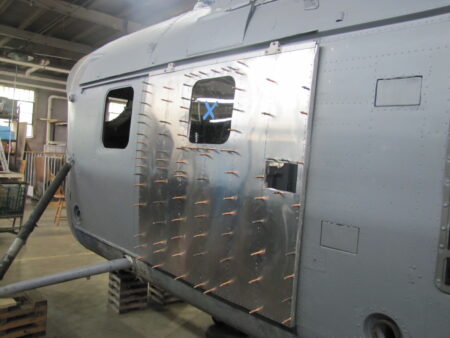 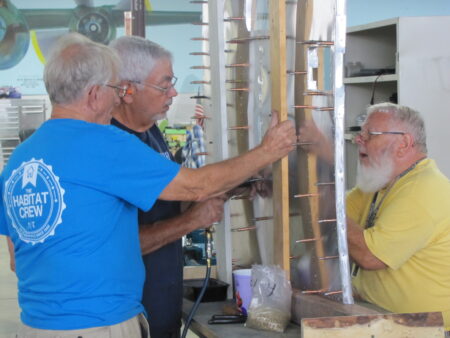 And now comes the riveting

From Richard Willaman: An early guided bomb, The BC-1156 is in the show case! (see the additional YouTube video on the “Norden Bombsight – Conducting a Mission” below: 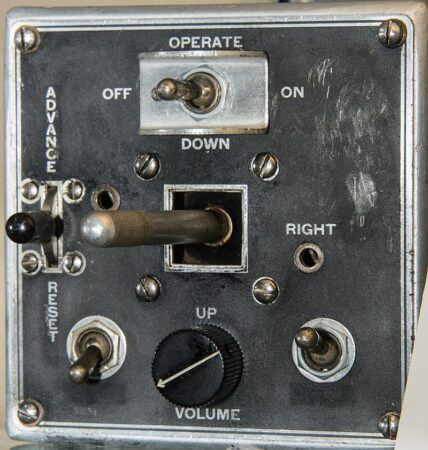 This is a World War II joystick for guiding bombs in flight…During the war, the Allies developed ta system for guiding bombs so they could hit small targets, such as the wooden bridges that supported much of the Burma Railway. This system was known as AZON, because the guidance was “azimuth only” (i.e., the bomb could only be steered left or right, but the length of its path could not be changed). To control the bomb’s direction a collar with radio-controlled fins was attached to the back of a standard bomb, such as an M-65 1000 pound bomb. A flare was also attached to the bomb so the bombardier could more readily track the bomb as it fell. In combat, an AZON bomb was dropped from a Consolidated B-24 Liberator. After the bomb was released, a bombardier in a control aircraft watched the bomb fall and used the BC-1156 control lever to steer the bomb left or right. While some AZON bombs were used in Europe, they were primarily used, with considerable success, in the China-India-Burma theater. 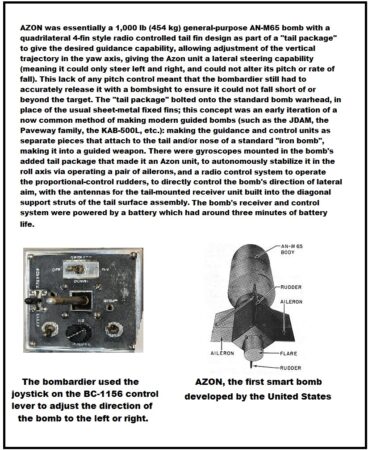