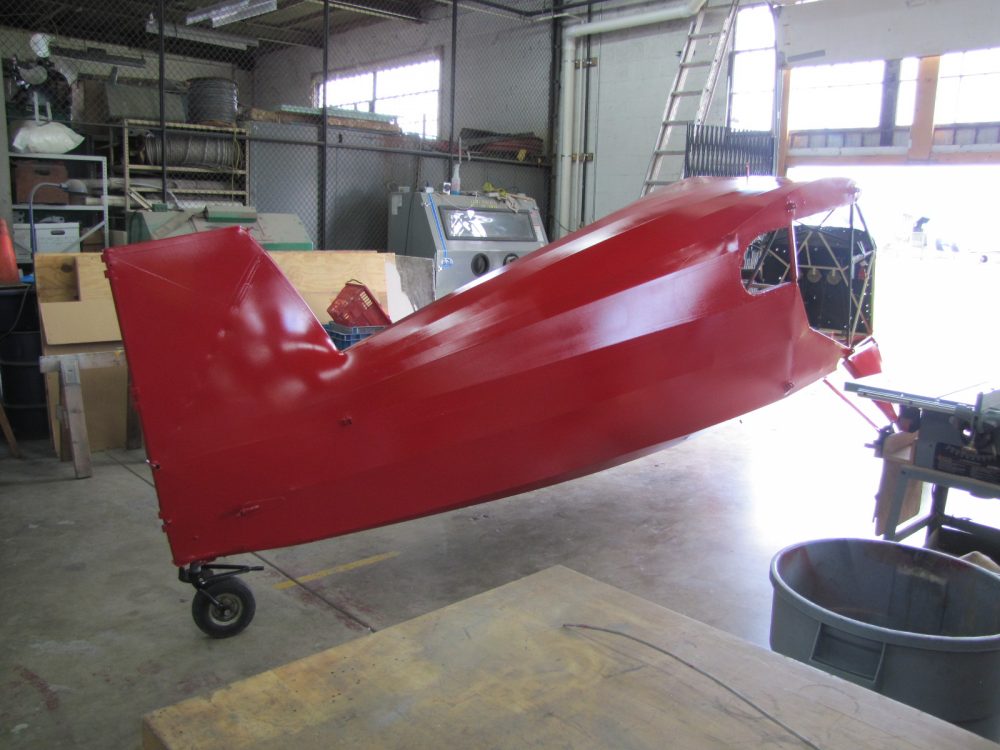 The torpedo tail is coming along.  Dan is making the structure and Ron is making the propellers (2 photos).  Another photo shows the MK 13 torpedo’s propellers have been fabricated, primed and installed (photo)

Anh has finished the replacement ribs for the Funk’s wings and have been installed in the wing (photo). and they look great (photo).The Funk fuselage has been painted very, very red (photo).
The very aft portion of the Corsair’s fuselage should begin assembly.  The fixture is made and many of the parts have been fabricated (photo).
And the F-16’s paint job is almost finished (photo).  The 2-gray scheme looks great and the nose radome has been painted.  The gear wells are being cleaned and painted.
The fixture for the AN-M57 250 lb bombs has been delivered to the metal spinning company.
The F-86 crew has received some trigger and other mechanisms for their 50 Cal machine guns (photo).

The nose piece has been fiber glassed and has 3 coats of resin (photo).  Some more sanding and a couple more coats of resin and it should be ready to install. 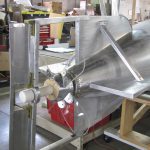 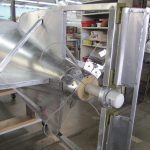 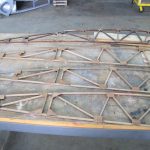 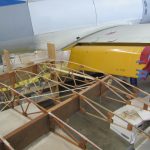 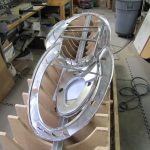 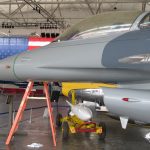 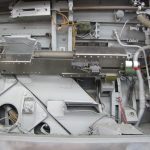 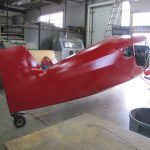 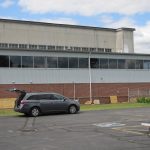 New windows is the place of future 250 person rental hall 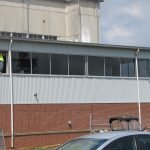 New Windows on the hangar 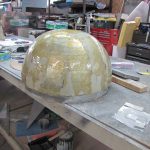 Resin being applied to nose piece 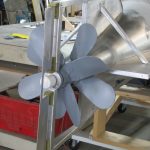